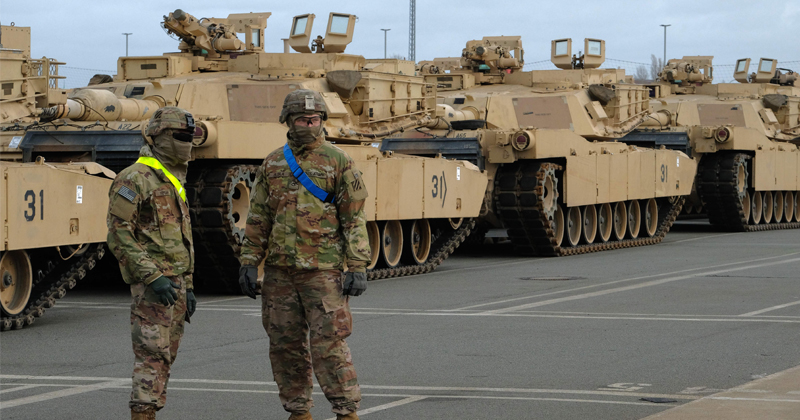 The coronavirus pandemic still blighting the United States, Poland and the rest of Europe won’t stop the US Army from holding large-scale drills that come shortly after Warsaw declared Russia a mortal threat.

As many as 4,000 American and 2,000 Polish service members will descend on the grounds of the Drawsko Pomorskie training area in the country’s northwest, US Army Europe (USAREUR) has announced. The massive, division-size exercise, codenamed Allied Spirit, is set to launch on June 5 and run for two weeks.

The war games, which also involve multiple US vehicles being moved from Germany, should have been held in May, but public health concerns led the Pentagon to postpone it until the following month.

Still, the plans come as the US’ overall coronavirus tally nears 1.4 million, while Poland has over 17,000 Covid-19 patients. Warsaw shut its borders back in May, with the closure expected to remain in place until June 12 – exactly when Allied Spirit will be in full swing.

The Polish army’s top brass had their most notable coronavirus case back in March when General Jaroslaw Mika tested positive after returning from a NATO meeting on the Defender Europe 20 exercise.

The US military, which reportedly has over 5,400 cases in its rank and file, didn’t explain the rationale behind holding the drills amid the pandemic, with USAREUR only promising to take all precautions “to ensure the health and protection of participating armed forces and the local population.”

The news also comes days after Poland, the host nation of Allied Spirit, declared Russia’s “neo-imperial policy” its most serious threat. The Russians, it alleged, are conspiring against Eastern Europe by staging “large-scale military exercises, based on scenarios assuming a conflict with the NATO member states.”

Unsurprisingly, what was missing in the Polish document were Russia’s own statements that NATO’s advances in the region damage European security and undermine trust among neighbors. Moscow has consistently urged the bloc to reverse the build-up on its borders but reserves the right to respond in kind.