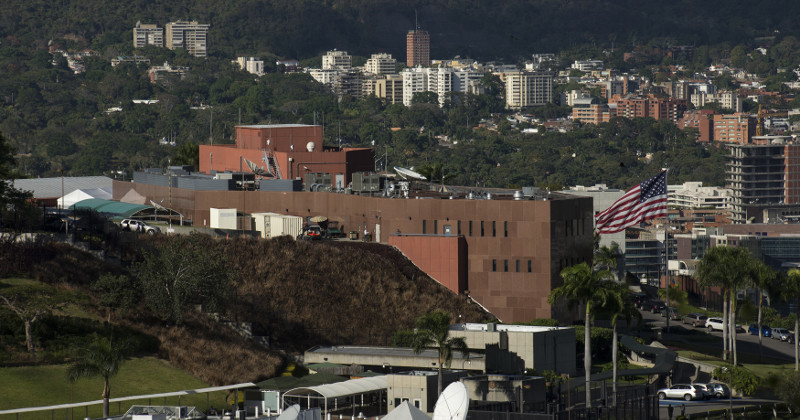 The US has ordered all “non-essential” diplomats and embassy staff to leave Venezuela “for security reasons” after Nicolas Maduro cut diplomatic ties with Washington over its recognition of an opposition leader as president.

The State Department has also warned US citizens in Venezuela that they should “strongly consider” leaving the country, after Maduro said the US should pull their staff out of Caracas “if they had any sense.”

The Trump administration initially rejected Maduro’s ultimatum, claiming he lacks the authority to make such a decision after the US recognized opposition leader Juan Guaido as acting head of state. Guaido, head of the National Assembly, proclaimed himself the rightful president and swore himself in on Wednesday, in a move which was immediately supported by Washington and its allies.

The US now recognizes that Juan Guaidó won the recent election in Venezuela. Under the current dictator, Nicolás Maduro, there has been a collapse of society.

The US and Venezuela have not exchanged ambassadors in more than 10 years, but have maintained diplomatic staff in each other’s country until now. On Thursday, Venezuela ordered its embassy and consulates in the US to close. The State Department says its embassy will remain open.

With the backing of the White House, which announced it was ready to provide more than $20 million in humanitarian assistance to Venezuela through the “legitimate” Guaido-led government, the opposition leader has vowed to remove “usurper” Maduro from power.

Venezuela’s Foreign Minister Jorge Arreaza has accused the US – and President Donald Trump personally – of fomenting a coup in Caracas, while Defense Minister Vladimir Padrino accused it of waging “economic war” on his country.

The time has come for patriots to hold Trump’s feet to the fire. Alex explains that by forcing Trump to do his job, America still has a chance to be saved from the globalist agenda.