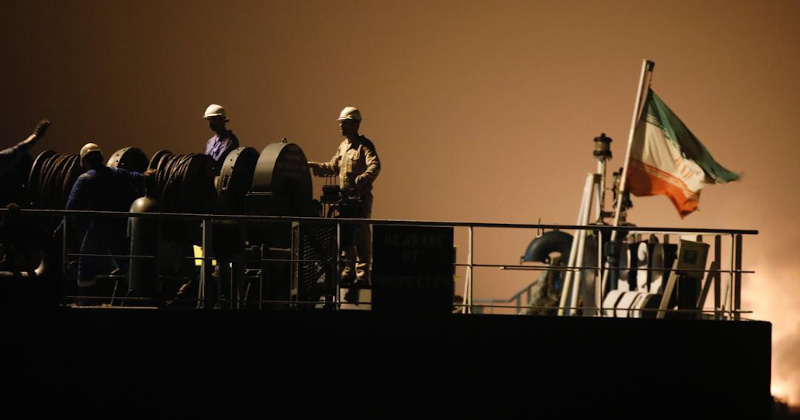 It’s been revealed that for the first time the US has successfully confiscated Iranian fuel cargo on the high seas that were deemed in violation of sweeping US-led sanctions on Iran’s energy sector.

Recall that in late May Iran delivered five tankers laden with fuel to Venezuela at a moment the US was threatening military blockade in the Caribbean. Maduro sent military jets and warships to escort the Iranian tankers, which both countries hailed as a rare, victorious act of defiance against Washington’s plans.

Later in July, when Iran again sent tankers for a second round of deliveries, which the two countries earlier announced would be ‘routine,’ US federal prosecutors filed a lawsuit for the seizure of over 1.1 million barrels of gasoline on the four vessels. A judge issued a warrant for the seizure, but it remained unclear whether this could or would be carried out if the tankers never enter US territorial waters.

The efforts apparently met with success, as The Wall Street Journal reports, “One official said the vessels had been taken over without the use of military force but didn’t provide any details.”

No doubt it was done either in international waters or in the territory of an ally friendly to the US maximum pressure campaign seeking to choke Tehran. The vessels – the Luna, Panid, Bering, and Bella – are now in US custody, said by the WSJ to be en route to Houston.

“Senior administration officials are expected to meet the tankers in the coming days at an event scheduled to mark the docking, the officials said,” according to the report.

This sends a message to allies and other countries that the US will be going after Iranian fuel tankers, pressuring them to comply with the sanctions regimen or face possible intervention on the high seas.