Afghan officials and witnesses say a U.S. service member walked off his base and shot and killed at least 16 Afghan civilians in Kandahar province Sunday.

The shooting is the latest in a string of incidents to further strain Washington and Kabul’s already tense relationship.

Afghan President Hamid Karzai called Sunday’s shooting unforgivable. He demanded an explanation from the United States for what he called “intentional killings.” Karzai said in a statement that nine of the victims were children and three – women.

The White House expressed deep concern and said it was monitoring the situation.

The U.S. commander of the NATO-led forces in Afghanistan called the incident “deeply appalling.” In a statement, General John Allen offered his “profound regret” and “deepest condolences” to the victims and their families. He said “a rapid and thorough” investigation will be carried out and said the service member will be held “fully accountable.”

Cunningham says the U.S. “deplores” any such act by U.S. forces against innocent civilians, and ensured the service member will be brought to justice.

NATO says it has detained the service member and is treating those injured in the attack at its medical facilities.

It remains unclear what might have motivated the service member’s actions.

The shooting comes after weeks of tense relations between U.S. forces and Afghan officials, following the burning of Qurans at a U.S. military base.

Despite a U.S. apology for what it says was an accident, the burning of Qurans sparked violent protests and attacks across the country, killing dozens of people. There has also been a series of attacks by Afghan soldiers against foreign troops.

Afghanistan expert Andrew Wilder says these types of incidents together are very damaging for the U.S.-Afghanistan relationship, but he says they won’t break the partnership.

“The need for a strong relationship there is so critically important both for Afghanistan and the U.S. We have had a lot of these kinds of incidents and they have all been weathered. And they are extremely unfortunate and make the job that much more difficult of sustaining a healthy relationship but I don’t think this will end up being seen as a tipping point.”

Wilder says the recent tension is also fueling sentiment in the United States that American troops need to speed up their withdrawal. Under an international agreement, foreign combat forces are to leave Afghanistan by the end of 2014. 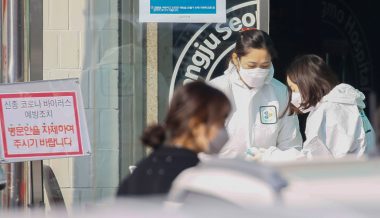