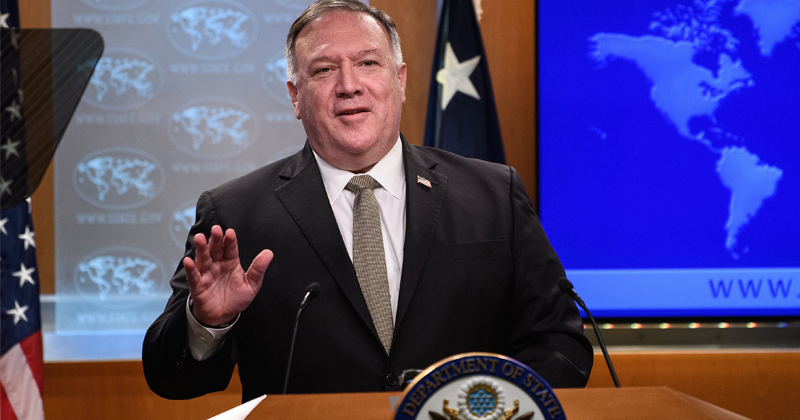 Washington has slapped Tehran with multiple rounds of crippling energy, financial and banking sanctions over the past two years after unilaterally withdrawing from the Iran nuclear deal, and has also targeted other countries doing business with the Islamic Republic with secondary restrictions.

The US Treasury’s Office of Foreign Assets Control has announced sanctions against six entities doing business with Triliance Petrochemical Co., a Hong Kong-based broker with branches in Iran, the United Arab Emirates, China and Germany.

The Treasury already sanctioned the energy broker in January, but said Thursday that the entities continued to do business with Triliance on the sale of Iranian petrochemical products.

“Iranian petrochemical sales remain a key revenue source for the Iranian regime, helping to finance its destabilizing support to corrupt regimes and terrorist groups throughout the Middle East and, more recently, Venezuela,” the Treasury said in a statement on its website.

Five other entities were sanctioned Thursday for “knowingly engaging in a significant transaction for the purchase, acquisition, sale, trnasport or marketing of petroleum or petroleum products from Iran,” according to the Treasury.

Secretary of State Mike Pompeo confirmed the new sanctions in a Tweet, clarifying that in addition to the 11 entities, “three of their executives are also sanctioned.”

Today, the United States imposed sanctions on 11 entities for activities related to Iran's petroleum and petrochemical sectors. Three of their executives are also sanctioned. Iran must stop exploiting its natural resources to fund terror and destruction across the region.


Iran has repeatedly blasted the United States for its sanctions and efforts to bring the oil-rich country’s energy exports down “to zero,” accusing Washington of harming ordinary Iranians and stressing that its secondary sanctions are a form of pressure that’s illegal under international law.

Last month, a US effort to introduce snapback sanctions against Tehran using the United Nations resolution authorizing the 2015 Iran nuclear deal backfired on Washington, with 13 of the Security Council’s 15 members, as well as its president, indicating that the US could not reimpose the sanctions, since it withdrew from the nuclear deal in 2018.

The US has also failed to drum up support at the UN for its desire to extend the international arms embargo against Iran indefinitely, with the restrictions, introduced in 2010, to be lifted in October, in accordance with the nuclear deal resolution, which promised their abolition five years after the deal’s signature.

Iran has repeatedly criticized the nuclear deal’s European signatories for failing to come up with an effective trade mechanism to evade US restrictions, with EU-Iranian trade, which began to flourish after 2015, declining significantly after 2018 amid fears among European nations and companies of being targeted by secondary US sanctions.

The Islamic Republic’s move earlier this year to increase bilateral trade in oil, food, medical supplies and other goods with Venezuela has raised Washington’s ire, with the two countries increasing their strategic cooperation, and Venezuelan President Nicolas Maduro even suggesting last week that Caracas may consider the purchase of Iranian missile systems, which proved their capabilities with the shootdown of a $220 million US stealth drone over the Strait of Hormuz in June 2019.

Last month, US media reported that the Trump administration was looking for ways to impose even more sanctions against Venezuela to stop its oil trade with Iran and other nations as Caracas looks for ways to circumvent US restrictions. As is the case with Iran, the US has already targeted most major Venezuelan companies, and frozen tens of billions of dollars in assets belonging to the Latin American nation, amid its efforts to overthrow the government in Caracas.

Alex Jones exposes the mail-in ballot fraud that the Dems will use in an attempt to steal the election.