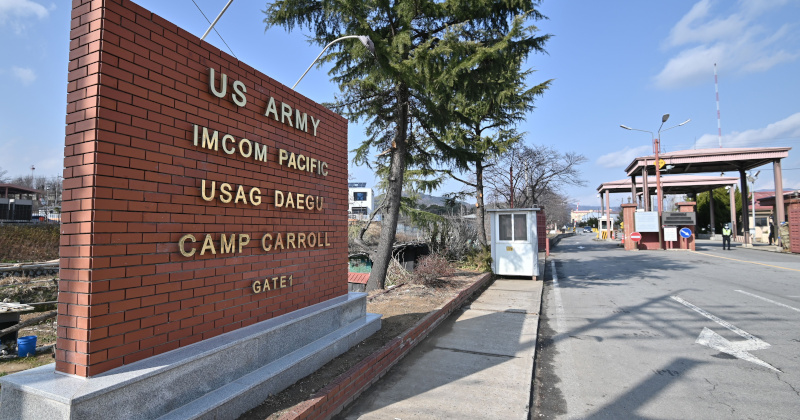 A U.S. soldier has tested positive for the coronavirus, U.S. military officials in South Korea said Wednesday – the first confirmed infection of a U.S. service member.

The patient, a 23-year-old male, has been placed in self-quarantine at his off-base residence, U.S. Forces Korea said in a statement.

The soldier was stationed at Camp Carroll, a U.S. Army base in the southeastern part of the country, but also visited Camp Walker.

“Health professionals are actively conducting contact tracing to determine whether any others may have been exposed,” the USFK statement said.

Both military bases are near the epicenter of the South Korea coronavirus outbreak, which has put the country on edge over the past week.

Most of the South Korean infections are in and around Daegu, the country’s fourth-largest city. The U.S. military has thousands of service members in the region.

The spread of the virus within military ranks would represent a dangerous new component of the outbreak, since many service members live within close quarters and share common meals.

At some bases nearest the outbreak, U.S. soldiers have been prevented from non-essential off-base travel. Many visitors are also prevented from visiting some bases. Some on-base restaurants and entertainment venues have been closed. Department of Defense schools in Korea have also been shuttered.

Earlier this week, the U.S. military in South Korea raised its risk level to “high” after reporting that a 61-year-old woman with the coronavirus visited a store at Camp Walker. The woman was the widow of a retired soldier.

At least 18 members of the South Korean military have also been infected the virus. Over 9,000 South Korean service members have been quarantined at their bases, the Yonhap news agency reported.

The coronavirus causes a respiratory illness known as Covid-19. The disease currently has a mortality rate of around 2 percent. But it is highly contagious, in part because those with Covid-19 can spread the disease before showing symptoms.

Over 80,000 people worldwide have contracted the virus. Almost 2,800 people have died. Most the cases have been in China, where the virus originated.

But over the past week, countries including Iran, Italy, and South Korea have reported a surge in confirmed cases. World health officials are now worried the outbreak could turn into a global pandemic.