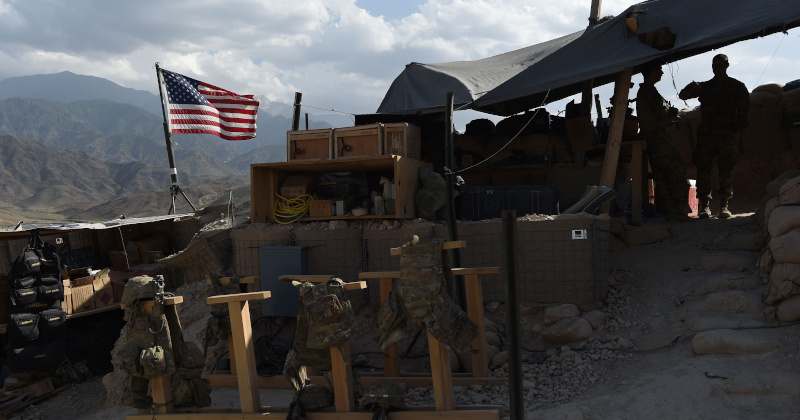 Defense Secretary Mark Esper says the United States will begin a partial withdrawal down to 8,600 U.S. troops in Afghanistan in the coming days, as the Taliban and the U.S. issued conflicting messages about future violence in the war-torn nation.

Speaking at a Pentagon news conference Monday, Esper said that the newly-inked U.S.-Taliban agreement requires the U.S. military to start withdrawing forces within 10 days of its signing on Feb. 29.

“This is a conditions-based agreement,” Esper told reporters. “We’re watching the Taliban’s actions closely to assess whether they are upholding their commitments.”

But it appears U.S. officials and the Taliban have a conflicting understanding about the commitments made within the peace plan.

Esper said the U.S. expects violence in Afghanistan would diminish to ultimately reach a “cease-fire.”

“Our expectation is that the reduction in violence would continue. It would taper off ‘til we get inter-Afghan negotiations and would ultimately consummate in a cease-fire,” Esper said in response to a question from VOA.

However, Taliban spokesman Zabihullah Mujahid said Monday the reduction in violence agreement had now “ended” and Taliban operations would “continue as normal.”

“As per the U.S.-Taliban agreement, our mujahedeen will not attack foreign forces, but our operations will continue against the Kabul administration forces,” Mujahid said.

The commander on the ground, U.S. Gen. Austin “Scott” Miller, has the authority to reduce U.S. force numbers to about 8,600 from the current total of nearly 13,000. About 20-30% of non-U.S. international coalition forces will also withdraw at this time, according to a senior defense official.

U.S. President Donald Trump said Monday the U.S. was “going to be leaving,” and “bringing our soldiers back home.”

“We’ve been there for almost 20 years. It’s a long time, we’ve done a great job in terms of getting rid of terrorists. Now it’s up to other countries to get rid of those terrorists,” Trump said.

Esper stressed Monday that the U.S. would still be conducting counterterrorism operations against ISIS-K and other terror groups in Afghanistan.

The imminent U.S. withdrawal comes amid reports of violence in several areas of the country.

U.S. Army Gen. Mark Milley, chairman of the Joint Chiefs of Staff, cautioned reporters at the briefing that an “absolute cessation of violence in Afghanistan” is unlikely.

“This is going to be a long, windy, bumpy road. There will be ups and downs, and we’ll stop and start; that’s going to be the nature of this over the next days, weeks and months,” Esper added.

Inter-Afghan peace negotiations are expected to start on March 10.