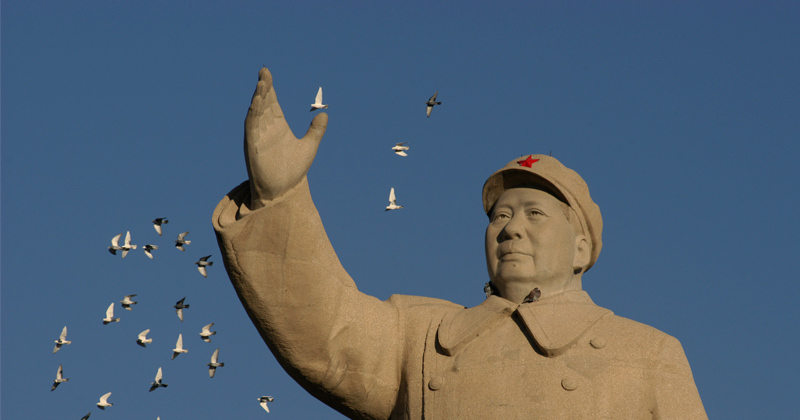 State governments that failed to contain coronavirus outbreaks by belatedly locking down entire societies now claim hiring thousands of contact-tracers to surveil sick and healthy alike will keep us safe. Why should we trust them?

Washington and New York are hiring thousands of contact-tracers to track down and notify individuals potentially exposed to Covid-19 in preparation for lifting the lockdown restrictions that have kept Americans largely at home for the last two months while the virus tore through the US anyway. Tracers – mostly civilians, though local governments have stressed that some will have a “public health background” – will be empowered to order the confinement of individuals at home, even if they’re asymptomatic and insist they’ve never been exposed, all in the name of keeping the virus under control.

As for enforcement, they’ve been deliberately cagey, insisting it’s unlikely to come to that.

Washington Governor Jay Inslee set out the details of his state’s “robust, vigorous and comprehensive” contact tracing plan earlier this week, warning that if it does not succeed, “this virus could come right back and bite us.” By Friday, he plans to have 1,371 contact tracers “trained and ready” – including 351 members of the state’s National Guard – with the hope of being able to pounce on positive test results and reach out to all a newly-infected person’s contacts within 48 hours. Until those people test negative, Inslee said, they must remain isolated – i.e. at home – and so must anyone who lives with them.

The policy sounds reasonable enough at first glance, but tracers – especially with just a week of training under their belt – will make mistakes. They’re relying on interviews with individuals who presumably haven’t been keeping detailed notebooks recording their comings and goings. It takes a good deal of magical thinking to believe it’s possible to remember, let alone contact, everyone a person has spent more than half an hour near in the past two weeks (the length of time one might be infected before showing symptoms), and a good deal more to believe everyone will trust a stranger with that information.

Plucking a few thousand lucky folks out of the ranks of over 30 million newly-unemployed Americans and empowering them to surveil their neighbors already sounds like a recipe for conflict, and that’s before the tracers – in New York, at least – are handed a comparatively fat $65,000 paycheck on top of their new power. In a post-crash economy where food shortages loom large, tensions are running high. Contact-tracers are more likely to be seen as a form of colonial government – or an extension of police forces that have already comported themselves abominably in many cities – than welcomed with open arms.

Both Washington and New York laid the ideological groundwork for this class divide to flourish weeks ago, urging residents to phone in tips on “social distancing” violators via specialized hotlines. The mainstream media has fanned the flames of this division, politicizing it by denouncing anyone who opposes the Covid-19 lockdowns as selfish Trump-supporting rednecks who prize their ability to get a haircut over others’ ability to continue breathing. Now, after two months in lockdown marinating in fear and hate, a few thousand of these people will be turned loose on the populations of their states to enforce targeted quarantine restrictions, convinced anyone who doesn’t follow their orders secretly wants to see the sick and elderly exterminated.

Violators of those orders will be punishable with civil and criminal penalties in Washington. Other West Coast states are likely to follow suit. New York – where the contact-tracing program is being run by plutocratic former mayor Michael Bloomberg – hasn’t elaborated on how it plans to enforce quarantine for those ordered to self-isolate, but given Bloomberg’s affection for police-state trappings while running the city, he’s unlikely to ‘spare the rod.’ After public protest, Ventura County, California was forced to make a public statement clarifying that contact-tracers would not be removing infected individuals from their family homes – but the question remains how contact-tracers plan to enforce isolation in cramped apartments and low-income housing where space is scarce. And conscripting citizens to punish their neighbors based on Covid-19 tests whose accuracy remains uncertain leaves open the possibility of malicious “false positives.”

Business owners are also being recruited to join the contact-tracing effort – though “recruited” is perhaps too polite a term. The reality – in Washington, at least – is more like blackmail. Restaurants in the state have been ordered to keep logs of their guests, complete with emails and phone numbers, as a condition of re-opening, giving owners the choice between making money and respecting customers’ privacy. Restaurants are already limited to 50 percent capacity, with chairs placed at appropriate six-foot “social distance,” which – at least according to public health authorities – should protect patrons from catching the virus from each other.

Such self-contradicting orders do not inspire confidence. Nor do the track records of the same governments now enthusiastically recruiting enforcers for their surveillance fiefdoms. With over 22,000 deaths as of Wednesday, New York has become the pandemic’s epicenter, its casualty count swollen with an appalling number of nursing home victims thanks to Cuomo’s statewide order mandating those facilities accept infected patients despite the risk they posed to the elderly inhabitants at risk. He recently acknowledged the statewide lockdown had failed so miserably at containing the virus that some 66 percent of new cases were in people who had been self-isolating at home. While Washington’s death rate is nowhere near as bad, it had the first diagnosed Covid-19 case in the US, as well as 14 of the country’s first 19 deaths – all of which took place in a single ill-fated nursing home – and can be considered a resounding failure at containing the epidemic.

With such dismal track records, these states’ governments are lucky their citizens trust them to pick up the trash, never mind to responsibly exercise the ever-expanding surveillance powers that have been seized under cover of the coronavirus.

No one is suggesting we abandon the notion of quarantining the sick – a tried and true method of containing epidemics. But after two months of quarantining even the healthy with a lockdown begun too late to provide the security for which Americans have traded our liberty, it’s time for government to show some restraint for a change.