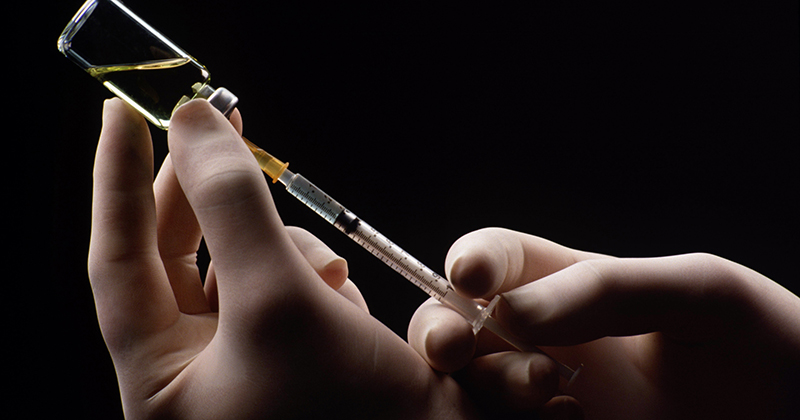 The US is planning a “massive testing effort” that will involve more than 100,000 volunteers and six of the most promising COVID-19 vaccines, sources told Reuters on Friday afternoon.

The scientist in charge said the effort would hopefully narrow down vaccine candidates to one by the end of the year.

The push to fast-track a vaccine is condensing at least “10 years of vaccine development and testing into a matter of months,” Reuters said.

Trump wants to give the economy a shot in the arm by vaccinating EVERY American. The misguided danger of mRNA vaccines & Trump’s push for vaccines at any cost

The scientist said vaccine makers have “agreed to share data and lend the use of their clinical trial networks to competitors should their own candidate fail.”

Each vaccine that demonstrates promising preliminary data will be tested among 20,000 to 30,000 subjects starting in July.

Dr. Larry Corey, a vaccine expert at Fred Hutchinson Cancer Center in Seattle, who is organizing the effort, said between 100,000 to 150,00 people could be enrolled in the studies.

The effort to fast-track a vaccine is part of the public-private partnership called Accelerating COVID-19 Therapeutic Interventions and Vaccines (ACTIV) announced last month.

Collins said a Moderna Inc vaccine, developed in conjunction with the NIH, will be the first one to enter testing in July. He said vaccines from Britain’s Oxford University and AstraZeneca Plc could shortly follow.

After the news hit, E-Mini S&P500 moved up about 30bps — well-placed headline.

It appears the timing of the vaccine headline was to force a squeeze above the E-Mini S&P500 (daily) 200 exponential moving average.

How many vaccine headlines will it take MSCI World to pierce through 61.8%-Fib at 2,106?