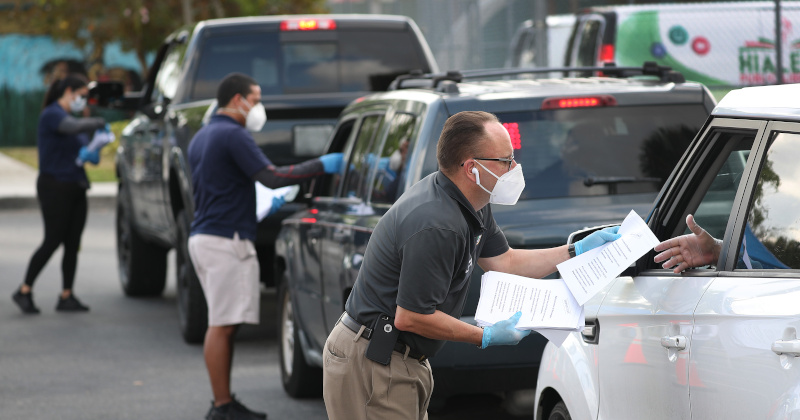 The new numbers include independent contractors and others who previously were not eligible for benefits.

That brings the total rise in US unemployment over the past month to over 22 million, nearly wiping out all of the job gains since the 2008 financial crisis. The previous record for initial jobless claims during the Great Recession was below 700,000.

US unemployment has now surged to 16 percent, worse than during the financial crisis.

BREAKING! US initial jobless claims rose 5.25 million in the week until April 11. Cumulative job losses during the four weeks now at a staggering 22 million. pic.twitter.com/uEQg7HMwhI

Some analysts predict that the number of claims will steadily begin falling from previous highs in the coming weeks, while others say there will be further spikes in the time ahead.

“It’s akin to the entire country being hit by a hurricane,” Jason Reed, assistant chair of finance at the University of Notre Dame, told the Guardian. “And we don’t know when the hurricane is leaving.”

The US Federal Reserve reported this week that industrial production had plunged 5.4 percent in March as work in factories producing automobiles, aircraft and other goods was stopped to protect workers from the coronavirus outbreak.

It is the steepest one-month slowdown since 1946, when American industries were shutting to shift production from wartime commodities to consumer products following the end of World War II.