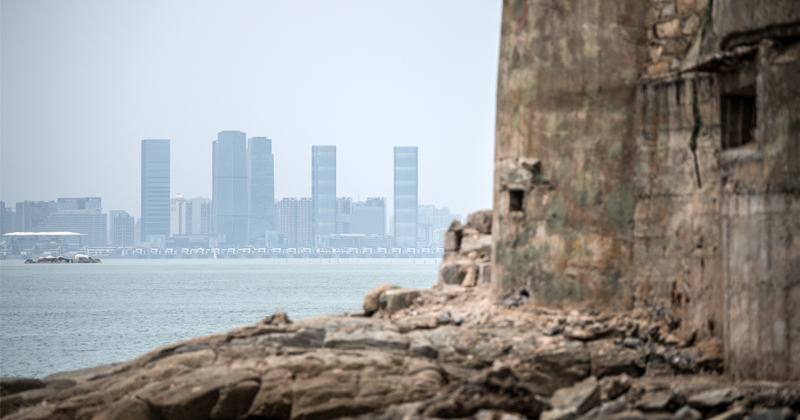 The US Navy sailed two of its vessels through the Taiwan Strait on Thursday, the US Pacific Fleet, which oversees operations in the area, and Taiwan’s Ministry of Defense both confirmed.

After the confirming that the Arleigh Burke-class guided-missile destroyer USS McCampbell and the Henry J.Kaiser-class fleet replenishment oiler USNS Walter S. Diehl traveled through the strait, the ministry noted that Taiwan’s military is in full control of the situation, Focus Taiwan reported.

“The ships’ transit through the Taiwan Strait demonstrates the US commitment to a free and open Indo-Pacific. The US Navy will continue to fly, sail and operate anywhere international law allows,” he added.

China is bragging that it will take Taiwan by force. This is a major development on the world stage.

Mainland China has repeatedly called on the US to steer clear of the 110-mile-wide strait over concerns of military support being given to Taiwan. Although the island has been a self-governing nation since 1949, China has continually looked upon Taiwan as a wayward province needing to be brought back into the fold.

In response to the US’ freedom of navigation operations through the hotly contested South China Sea earlier this month, China kicked things up a notch and deployed DF-26 ballistic missiles to the country’s northwest region in an effort to send a stern message to the US.

According to the South China Morning Post, the DF-26 system can “carry a nuclear or conventional warhead and strike medium to large vessels as far as 4,000 kilometers (2,500 miles) away.” It was also reported that the missiles were being used for military training.

The latest development follows the release of a US Defense Intelligence Agency report this month that noted China’s bid to modernize its military was the result of the Chinese government’s “longstanding interest to eventually compel Taiwan’s reunification with the mainland and deter any attempt by Taiwan to declare independence.”

The Thursday transit marked the fourth such operation by the US Navy since July 2018. A similar operation was conducted in November 2018 with the destroyer USS Stockdale and the replenishment oiler USNS Pecos. The November passage took place weeks after the destroyer USS Curtis Wilbur and the cruiser USS Antietam sailed through the strait in October.

China is implementing a new program that will be able to give you a “social credit” score based on your everyday actions.