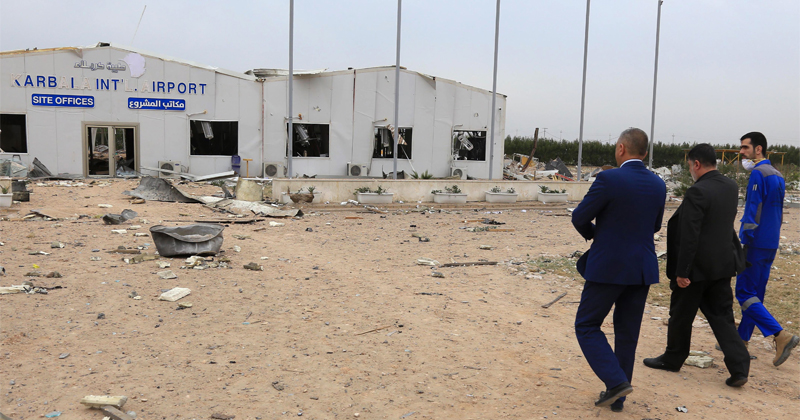 Washington will act in “self-defense” in Iraq if its military comes under attack, Secretary of State Mike Pompeo said.

US bases in Iraq have been repeatedly shelled recently and several servicemen have been killed and injured.

Pompeo told Iraqi PM Adil Abd al-Mahdi that Baghdad “must defend Coalition personnel supporting the Iraqi government’s efforts to defeat ISIS,” the US Department of State said in a statement on Monday.

Those “responsible for the attacks must be held accountable,” the official warned, adding that Washington “will not tolerate attacks and threats to American lives” and will take “action as necessary in self-defense.”

Over the past week the US Camp Taji base, located north of Iraq’s capital, came under rocket shelling twice. On Wednesday, three soldiers, two from the US and one from the UK, were killed at the installation, while a dozen others were injured. Iraqi military personnel were affected by the attack as well.

While no one claimed responsibility for the deadly shelling, Washington was quick to blame Iraqi Shia militias for it and launched “retaliatory” airstrikes on them. Since said militias are an integral part of the Iraqi military, the US basically bombed its own allies, killing at least six servicemen and wounding several more.

Despite the retaliation, Camp Taji came under rocket attack again on Saturday. A number of Iraqi and at least three US soldiers were injured in the shelling.

Back in January, the Iraqi parliament passed a non-binding resolution, urging all foreign militaries, including the US to withdraw from the country. The landmark decision came after the US assassinated Iranian top general Qassem Soleimani and deputy chief of Iraq’s Popular Mobilization Forces (PMF) Abu Mahdi al-Muhandis in a drone strike outside Baghdad. The US was quick to refuse withdrawal, yet its forces have been repeatedly attacked throughout the country since then.

Dr. Francis Boyle joins The Alex Jones Show to break down how the government is dealing with the coronavirus outbreak.