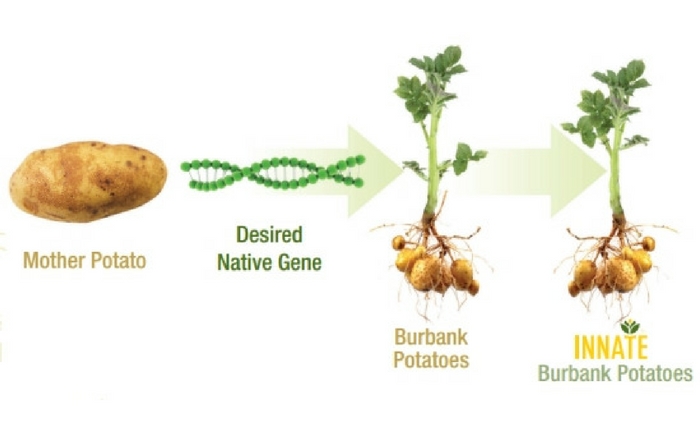 Two new types of genetically modified (GM) potatoes were approved by the U.S. Department of Agriculture (USDA) on October 28. The GM potatoes are designed to resist the pathogen that caused the Irish potato famine.

Simplot says the potatoes will bruise less, contain fewer black spots, and have enhanced storage capacity. The spuds have a lower amount of a potentially carcinogenic chemical created when potatoes are cooked at high temperatures.

Before the GMO potatoes can reach the market, they must first clear a voluntary review process through the U.S. Food and Drug Administration (FDA), as well as receive approval from the U.S. Environmental Protection Agency (EPA).

The company says those approvals are likely to come in January, with the potatoes entering the market by spring.

The FDA gave preliminary approval to the GMO Simplot potatoes in January 2016, saying they weren’t substantially different in composition or safety from other similar products already on the market. However, research by several independent scientists indicate that there are, in fact, many differences between GMO and non-GMO crops.

According to the Center for Food Safety, the method used to modify the potatoes, RNA interference, is untested, and 1 of the substances suppressed by the technique actually plays a vital role in the potatoes’ chemical makeup and ability to fight pests. It’s possible that the Simplot potatoes could lead to even more spraying of toxic pesticides.

McDonald’s and Frito Lay has already said they will not use the GM Simplot potatoes, due to consumer backlash. But many other restaurants – and supermarkets – will likely start turn to the Frankenspuds because of their purported benefits.

Reducing a potentially carcinogenic chemical in potatoes is a good thing, but will the damage outweigh the benefits?