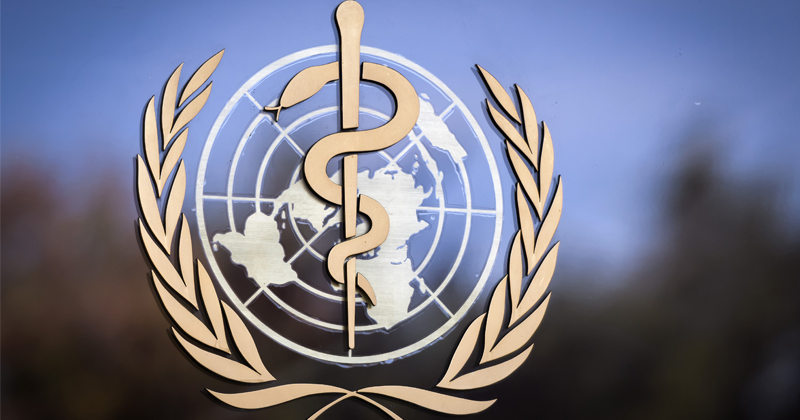 Rarely does the general public get to hear what vaccine scientists and public health officials really think about vaccines.

Instead, the simplistic (and propagandistic) mantra aired ad infinitum for public consumption is that vaccines are “safe and effective”—full stop.

As the transcripts from the secret Simpsonwood meeting revealed two decades ago, however, when the experts are among themselves, they tell a different story—and, as a new behind-closed-doors video powerfully reveals, they are still far from convinced of their own safety message.

The bombshell video footage, published by Del Bigtree’s The Highwire, captures a series of statements—profoundly unsettling in their matter-of-factness—made by professionals who, in early December, attended the World Health Organization’s (WHO’s) two-day Global Vaccine Safety Summit.

What did this crème de la crème of the vaccine establishment say during their two-day powwow? Among other discussion points, attendees admitted that:

Every single one of these revelations—startling mostly because of who was caught on camera saying it— referred to problems that Children’s Health Defense and other vaccine-risk-aware organizations and individuals have been reporting on for years.

Rob Dew joins The Alex Jones Show to play a leaked video of Soumya Swaminathan, the Chief Scientist of the WHO, admitting in a secret meeting that vaccines kill people and they do not know why.

Not quite a year ago, Indian pediatrician Dr. Soumya Swaminathan stepped into the newly created and prominent position of WHO Chief Scientist, moving up from a stint as WHO Deputy Director-General of Programs. At the December vaccine summit, she admitted:

“[W]e’re not able to give clear-cut answers when people ask questions about the deaths that have occurred due to a particular vaccine, and this always gets blown up in the media.”

Dr. Swaminathan acknowledged that the vaccine community ought to be prepared to provide “a very factual account of what exactly has happened and what the cause of the deaths are”; astoundingly, however, she conceded that “in most cases there is some obfuscation”—with the result that “there’s less and less trust . . . in the system.” Indian physicians have furnished examples of just such “obfuscation,” showing, for example, how a national committee attributed 96% of deaths in Indian infants who had just received pentavalent vaccines as either coincidental or unclassifiable.

What earned Dr. Swaminathan a place at the WHO vaccine table, when she is primarily known for her research and programmatic work on tuberculosis?

It turns out that she has been an enthusiastic cheerleader for expanding human papillomavirus (HPV) vaccination in India. In early 2018, the Indian government decided against including the HPV vaccine in India’s Universal Immunization Program, swayed by feedback from India’s medical community (which is “split over the vaccine’s use”) and by the concerns of the influential Hindu organization RSS, which argued that adding the HPV vaccine would “divert scarce resources from more worthwhile health initiatives diverting it to this vaccine of doubtful utility and that its adverse effects will erode confidence in the national immunisation programme.”

Ignoring these concerns as well as HPV vaccines’ disastrous global track record, Swaminathan—speaking on behalf of WHO—promptly urged India to reconsider. In late 2019, she joined other authors in a Lancet Oncology article that made light of “a few deaths” in HPV vaccine demonstration projects in two Indian states while praising the “successful introduction” and safety of HPV vaccination in two other states.

Several WHO summit speakers described the lack of “good science” and the inability of vaccine clinical trials to provide meaningful information about safety and risk. Describing the “tyranny of small numbers” and the “relatively small sample sizes” typical of vaccine clinical trials, for example, Dr. David Kaslow characterized these features as “a real conundrum” but offered no suggestions for solving it.

This, despite being Director of the Center for Vaccine Innovation and Access at PATH (a Seattle-based global health organization), holding over a dozen vaccine-related patents and having a quarter-century of experience in vaccine research and development at PATH, the Bill & Melinda Gates Foundation, Merck and the National Institutes of Health.

Dr. Marion Gruber, Director of the U.S. Food and Drug Administration’s (FDA’s) Office of Vaccines Research and Review, with “over 20 years of experience in the regulatory review and approval of . . . vaccines and related biologics,” unblushingly agreed that vaccine pre-licensure clinical trials “may not be powered enough” (meaning they are too small to detect statistically significant effects) and that the generally inadequate follow-up of trial participants “complicates safety evaluation.” Presumably, Gruber could spearhead the design of more useful pre-licensure studies in her capacity as the senior official responsible for research “pertaining to the development, manufacturing and testing of vaccines”—but, like Kaslow, she apparently had no solutions to propose. The FDA’s squalid history of approving vaccines tested without placebos and often with only a few days of follow-up—and its encouragement of off-license use of vaccines in pregnant women—cast doubts on Gruber’s sincerity in raising these issues.

Dr. Robert Chen is a 30-year veteran of the U.S. Centers for Disease Control and Prevention (CDC) and currently directs the Task Force for Global Health’s Brighton Collaboration. Chen’s webpage credits him with decades-long efforts to “create the vaccine safety infrastructure needed to meet the ‘post-modern’ challenges of mature immunization programs where adverse events are more prominent than the nearly eliminated” vaccine-preventable diseases—yet at the WHO summit, he declared that safety monitoring databases remain incapable of “teasing out” vital information such as details about manufacturers and lot numbers. Dr. Swaminathan chimed in that “we really don’t have very good safety monitoring systems in many countries.”

WHO summit attendees had numerous comments about vaccine adjuvants—none of them reassuring. For example, the Coordinator of the WHO’s Initiative for Vaccine Research (Dr. Martin Howell Friede) remarked, “We do not add adjuvants to vaccines because we want to do so” but because vaccines will not “work” without them. Friede, who held “several senior management positions in the vaccine industry” prior to moving to WHO, added:

Friede also noted that the “primary concern” with vaccine adjuvants is systemic adverse events: “The major health concern which we are seeing are accusations of long term . . . effects.” Friede then passed the baton back to regulators such as the FDA’s Gruber, who characterized “safety and effectiveness evaluation of adjuvants combined with vaccine antigens” as “complicated.”

Vote of No Confidence—for Good Reason

One of the few attendees to articulate vaccine safety issues from the child’s standpoint was Dr. Bassey Okposen, a Program Manager for Nigeria’s vaccine program. Okposen had celebrated Nigeria’s “high immunisation coverage” in 2018, but at the 2019 WHO meeting, he ventured to ask whether vaccines containing “different antigens from different companies” and “different adjuvants and different preservatives and so on” could be “cross-reacting amongst themselves”—wondering aloud whether “the possibility of cross-reactions” had ever been studied.

In fact, toxicologists are keenly aware that individual toxins have synergistic effects when combined, but vaccine researchers seem uninterested. Nor have the domestic or international vaccine communities ever been forthright about the lack of research on “key elements of the entire [childhood vaccine] schedule—the number, frequency, timing, order, and age at administration of vaccines.”

The WHO may wish to draw attention to and scapegoat those who exhibit “vaccine hesitancy,” but the global cadre of vaccine experts has only itself to blame. As Professor Heidi Larson stated to her peers at the WHO summit, the crisis of confidence is now extending to “a very wobbly health professional front line that is [also] starting to question vaccines and the safety of vaccines.” Larson directs a slick program designed to restore vaccine confidence, but she was the first to acknowledge that “You can’t repurpose the same old science to make it sound better if you don’t have the science that’s relevant to the new problem.” We might add that the “same old science” never was terribly good to begin with.

After the chief scientist for the World Health Organization was caught on leaked footage admitting that vaccines can lead to death and long-term injury, Action 7 hit the streets to inform the public.