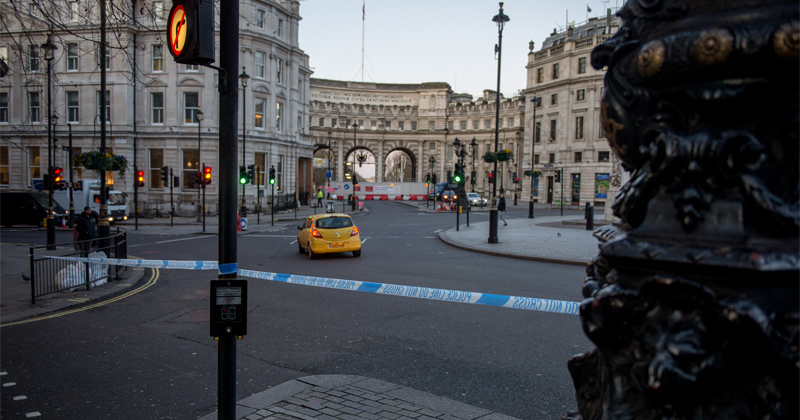 The British government is giving police, public health and immigration officers authority to detain those suspected of having coronavirus under a new emergency bill, but it’s not clear exactly how the new powers will be exercised.

The proposed powers were outlined in a 329-page emergency bill on Thursday and come as the UK implements more draconian measures to curb the spread of Covid-19.

In explanatory notes provided with the bill, the government says “public health officers, constables and (in some circumstances) immigration officers” will be granted the means to enforce “sensible public health restrictions…where necessary and proportionate.” This includes returning people to places they have been required to stay.

It adds that officers will be able to “direct individuals to attend, remove them to, or keep them at suitable locations for screening and assessment.” It’s not entirely clear what constitutes a “public health official” or what “necessary and proportionate” might cover in practice, given the vague language used.

The meaning has been interpreted differently by various British media outlets. While some reported that the powers to detain are granted to “law enforcement agencies” and “police,” others went with a more dramatic interpretation, suggesting the bill gives NHS staff “powers to arrest” coronavirus sufferers.

When it comes to patients with a mental health disorder, the bill says only one doctor’s opinion will be needed in order for the person to be detained, rather than the usual two doctors.

The government will also have the authority to ban or restrict any events and gatherings for the purpose of “preventing, protecting against, delaying or otherwise controlling” the spread of Covid-19.

Home Secretary Priti Patel will also be allowed to order the temporary closure of UK ports and airports, if they face staff shortages.

Britain’s Health Secretary Matt Hancock said on Tuesday that the new measures will only be used “when it is absolutely necessary.” The powers would have a time-limit of two years. MPs are expected to debate and vote on the bill early next week.