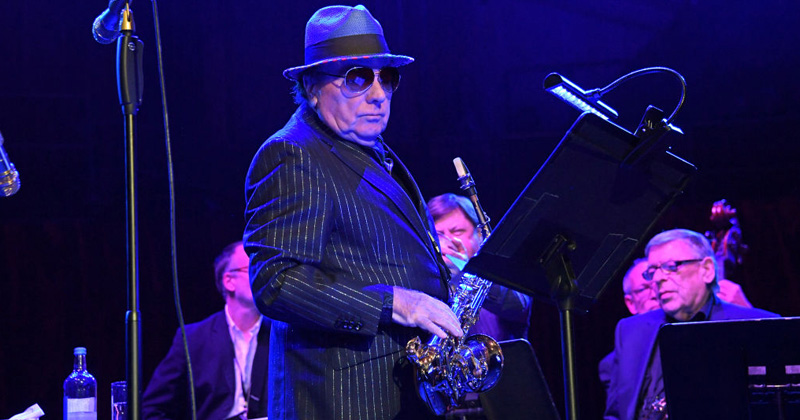 Legendary musician Van Morrison is speaking out against COVID-19 “pseudoscience” and calling for singers, musicians, producers, promoters, etc. to rescue the music industry.

A post on the Irish singer’s website titled “Save Live Music” explains, the band has been “doing socially distant gigs” recently, but ensures readers, “This is not a sign of compliance or acceptance of the current state of affairs.”

The 74-year-old Morrison says he’s simply trying to get his band “up and running and out of the doldrums.”

“I call on my fellow singers, musicians, writers, producers, promoters and others in the industry to fight with me on this,” the statement reads. “Come forward, stand up, fight the pseudo-science and speak up.”

“Brown Eyed Girl” writer Sir Andrew Lloyd Webber is apparently the only person in the music industry Morrison has teamed up with so far, but they are looking for more industry veterans to step forward.

On Monday, Morrison posted an image of a “socially distanced” concert to Instagram, asking people to attend his next show.

“The past 6 months have been devastating for the live music industry, and for the people who work hard to put on the shows we all enjoy, many of whom have not been supported by government aid,” the post stated.

The past 6 months have been devastating for the live music industry, and for the people who work hard to put on the shows we all enjoy, many of whom have not been supported by government aid. Van Morrison will be performing at the Virgin Money Unity Arena on Tuesday 3rd September. This is a lifeline for those working in the industry. If you are able, please show your support by attending a Virgin Money Unity Arena gig to help highlight the vital role live music plays.

Last month, Infowars reported on COVID-19 lockdowns ushering in the impending death of the “Live Music Capital of the World” in Austin, Texas.

The music industry is one of many fields impacted by coronavirus lockdowns as America’s economy continues to suffer thanks to spineless politicians.