Vanity Fair writer Alex Shoumatoff was found by Bohemian Club security attempting to hide behind a tree just after he sneaked in to the world famous Bohemian Grove in Monte Rio, Calif., the exclusive getaway of some of the world’s most powerful men who gather there every July for two weeks of music, theater, lectures, liquor, cigars and camaraderie.

Reports from inside the Bohemian Grove said Shoumatoff initially made it past security by falsely pretending to be a member, using the name of “Roger Austin.” Despite being suspicious of his Pebble Beach attire, Grove security let him pass, but quickly discovered there was no guest with the first name of Roger, but there was an “Austin” at the Grove (no, it wasn’t Austin Powers).

The security team rapidly paced after the lumbering Shoumatoff, who was found cowering behind a Redwood tree, his amble girth giving him away. For those in the know, Bohemians freely urinate against the giant trees, so perhaps Shoumatoff is a bit jaundiced in the aftermath of his poorly planned hiding attempt.

After being detained and handcuffed, Shoumatoff admitted that he was a trespasser. He had a map of the Grove and $20 in his pocket, plus his notes that were confiscated by authorities. Clearly, Vanity Fair doesn’t pay well under editor Graydon Carter. Shoumatoff was arrested by Sonoma County Sheriffs and held on $1,000 bail for trespassing. He was alleged bailed out by his wife, who must make a more decent living than her husband to afford the bail.

Shoumatoff was trying to get into the Bohemian Grove to write a hit piece on the Club and its plan to thin the trees surrounding its 2,700 acre retreat to prevent forest fires from sweeping the historic property. The Vanity Fair writer was talked into the story by a disgruntled former member, John “Jock” Hooper, who was his college roommate at Harvard.

There’s a great deal of hypocrisy in Hooper’s opposition to the Club’s plan to harvest douglas firs and oak trees at the Grove. He is opposing the club’s plans, now before the State of California, to cut up to 1.5 percent of its forests on an annual basis. Yet, Hooper has the same State approval for a farm he owns in Mendocino County that allows him to cut 5 percent of his forest every year.

Hooper quit the Club four years ago and has mounted a one-man media campaign against the Club’s plan to protect its inner-Grove redwood trees by thinning the outlaying areas of the Grove’s second and third growth conifers.

His actions are the very definition of “disgruntled former member.” Perhaps Webster’s Dictionary will soon define disgruntled former member by indicating the shortened definition is to simply say: “He’s a Hooper.” And, perhaps the lexicon will also change for journalists that lie about their identity and then are easily caught: “He pulled a Shoumatoff” will be shorthand for an overweight Rae Carruth caught in a lie. See Newsweek.

In June, Shoumatoff approached the Club to talk to them about their side of the story, but he boldly told Club representatives that Hooper “is right about opposing the Club’s timber management plans” and that he was taking his college roommate’s biased point of view. When he took the added step of threatening to make the Club “look like idiots” if they didn’t cooperate with him, the Club declined an interview and told Shoumatoff that all the information was publically available through its filing with the State of California.

Now Shoumatoff is embarrassed, yellowed, and arrested. Although no trial date has been set for Shoumatoff, he has a great deal of explaining to do to his colleagues, editors and the public as to why he pretexted his way into the Grove, albeit briefly, by lying about his identity. Shoumatoff has quickly become the Jason Blair of Vanity Fair. You can see his personal and professional embarrassment in the photos taken immediately after his arrest.

It will now be even harder for Shoumatoff when he returns to Vanity Fair’s offices in New York that the New York Post Page 6 covered the story from the Sentinel and San Francisco Chronicle that posted yesterday. 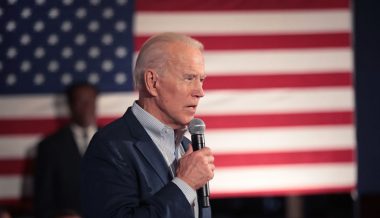