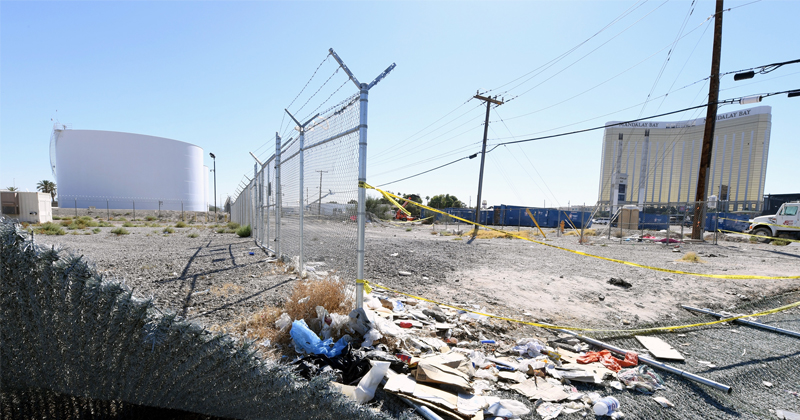 Here’s the takeaways from the evidence so far:

1) Paddock had been radicalized, either for real or as part of a cover as he had the hallmarks of an intelligence agency cutout. Intelligence agencies were behind the rise of ISIS.

2) Paddock worked for a major aerospace company which had connections with Skunkworks – and he held multiple pilot licenses.

3) There was more than one shooter, and Paddock was clearly not acting alone.

4) Paddock was spending millions of dollars a year as an “apartment complex manager” while traveling the world and was a frequent guest at casinos – and, interestingly, casinos are one of the few legal places where someone can still launder money. You exchange money for chips, no questions asked, and even if you lose 20% or 30% from gambling, the casino gives you the rest of your money back when you turn in your chips.

5) There is a major cover-up of the shooting that is frustrating state and federal-level investigators who are being roadblocked by deep state insiders, sources told Infowars.

6) There were over 20 firearms transported to Paddock’s room in a casino which is under constant surveillance, even in the hotel rooms themselves. Notice how the mainstream media was so quick to claim Paddock was a “lone operator” the morning after the shooting, despite this clear discrepancy.

7) Evidence is suggesting that Paddock was possibly a gun runner for an intelligence agency, which would explain all the guns and the other aforementioned oddities surrounding the shooting. Even his radicalization would still fit into that narrative – remember, former CIA Director John Brennan was rumored to have converted to Wahhabism.

This video lays out all the evidence indicating there was more than one shooter:

And, as we reported earlier, a former Trump campaign official said he was leaked information from high-level sources that Las Vegas massacre gunman Stephen Paddock made an ISIS propaganda tape.

While Infowars does not outright endorse the veracity of the official’s claims, there’s other evidence which similarly emphasizes Paddock’s ties to ISIS.

After a FBI source told Infowars that photos taken in the Middle East and Antifa literature was found in the suspect’s hotel room, Clark Co. Sheriff Joe Lombardo hinted the shooter may have been “radicalized” and wasn’t acting alone.

And it wasn’t until after Infowars reported the Middle Eastern photos that officials revealed Paddock’s girlfriend had visited Dubai.

Clearly there’s more than one shooter, FBI sources confirmed to Infowars, and one of the shooters was firing at fuel tanks near the concert in an attempt to ignite them.

Also, law enforcement sources believe the unidentified couple who told concert goers they were “all going to f***ing die” if they didn’t leave were likely part of the group behind the shooting, but later got cold feet and were trying to warn others of the impending massacre.

ISIS featured a photo of the Mandalay Bay hotel drenched in blood on the cover of its latest newsletter – and the terrorist group also claimed Paddock was radicalized six months before.

1. After ISIS claimed Vegas, I was waiting for them to release Naba, their weekly newsletter, to see if anything new emerged. Naba is out: pic.twitter.com/yX8AN3OdSX

New York Times correspondent Rukmini Callimachi even admitted that “ISIS has rarely claimed attacks that were not by either their members or sympathizers.”

As far as the Antifa connections, we reported on Tuesday how members of Antifa are receiving military training in the Syrian Civil War as part of a dark triad between Antifa, anarcho-communist Kurds and Kurds linked to ISIS.