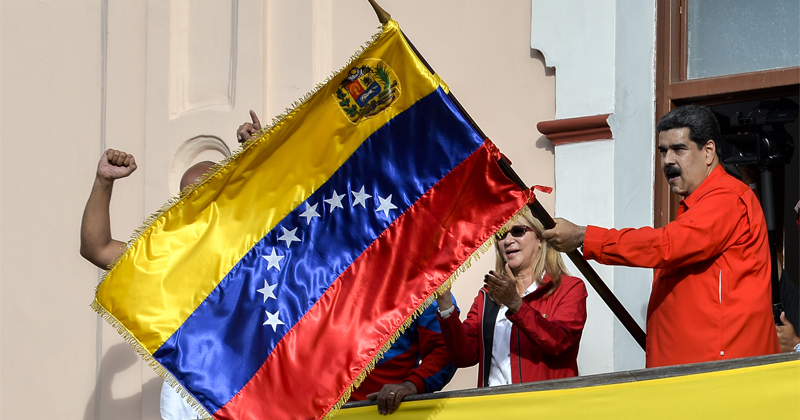 US State Department announced earlier in the day that Washington had certified the authority of Venezuelan opposition figure Juan Guaido to control some assets held by the Federal Reserve Bank of New York or any other US-insured banks.

Venezuela’s Prosecutor General Tarek Saab stated on Tuesday that the court should start an investigation against Guaido following the recent violent clashes in the country and the blocking of Venezuelan assets abroad.

Gerald Celente joins Harrison to break down what’s in store for the collapsing nation.

“We are asking the Supreme Court to introduce preventive measures, including a ban on leaving the country, a ban on alienation or pledge of movable and immovable assets and the blocking of [Guaido’s] bank accounts,” Saab said in a speech broadcast on Twitter.

As a legislator, Guaido has legal immunity, so a legal case against him can only be opened following a decision by the Supreme Court.

The situation in the country escalated last week after Guaido, the head of the opposition-controlled National Assembly, declared himself the interim president of Venezuela.

The US and some of its allies have recognized him as the head of the Latin American state, also introducing a fresh round of sanctions against Caracas. Other countries, including Russia, China, and Turkey, have vowed to back the legal government of President Nicolas Maduro.