Former Governor Jesse Ventura slammed the media witch hunt that he was subjected to in the wake of questioning the official 9/11 story and admitted that he was shocked by the reaction to his comments about the demolition of WTC 7 and the twin towers, but the ex-wrestling and movie star reiterated and expanded upon his views on 9/11 during an appearance on The Alex Jones Show.

“How come we’re not allowed to ask any questions today?” asked Ventura, referring to the hostile corporate media reaction that was elicited in response to his last appearance on The Alex Jones Show when he questioned the official 9/11 story.

“I can’t believe how I simply asked some questions and the way you’re attacked….has our country really become that – that you’re not even allowed to publicly question the government,” added the former Governor, who labeled the response to his comments “eye opening”.

Ventura was attacked by both Bill O’Reilly and Hannity on Fox News as well as numerous other corporate media outlets last month after he questioned the government’s version of events behind the 2001 terror attacks.

Ventura slammed the corporate media for obsessing about issues of little or no significance, drawing from personal experience when he was told what stories to cover during his tenure as an MSNBC host, but warned, “Rest assured the Internet will be the next thing the government will try to control.”

Ventura reiterated and expanded on the shocking facts behind 9/11 that provoked him into going public with his questions.

“I served three years with the Navy underwater demolition team 12 west coast and our specialty, what I was trained in, was blowing things up, and from a professional standpoint in watching how these three buildings fell it sure looks like demolition to me and I believe I have an eye for it having been trained by the best our military has,” said Ventura.

Ventura underscored the blatant demolition of Building 7, the 47-story building that was not hit by a plane yet collapsed within 8 seconds into its own footprint in the late afternoon of 9/11.

“When you look at it from my viewpoint, that looks like demolition explosions bringing it down and I view that as a member of the underwater demolition team,” said Ventura.

Asked what spurred him to go public with his doubts about the official 9/11 story, Ventura explained that he spoke out because he felt bad about his initial reaction to 9/11 when it happened which was to believe everything he was told by the government. He lamented that he was Governor of Minnesota at the time and would have had more influence in seeking a real investigation into 9/11 compared to now.

“Why if the Al-Qaeda truly attacked us, why would we not be fighting them in Afghanistan, instead we’re focusing in the opposite direction and going into Iraq who had nothing to do with it,” said Ventura, adding, “In fact Saddam Hussein feared Al-Qaeda as a problem for him.”

Ventura stated that one of the biggest alarm bells that made him suspicious about 9/11 was George W. Bush’s reluctance to form a commission to investigate the attacks.

“I put myself in that position as a Governor or as a President – if I had a disaster happen like the one we had here in Minnesota where the bridge fell into the water, you would immediately commission a full blown public study,” he said.

“Yet George Bush stonewalled an investigation for over two years and the only reason he did one was because of pressure from the 9/11 victims,” added Ventura.

The former Governor also highlighted the absence of air defense on the morning of 9/11, speaking from experience as a Navy Seal where “failure is not an option”.

“In the case of our air national defense failure is not an option and on 9/11 they thoroughly failed and here’s my point – why was nobody fired? Why did no one lose their job over the catastrophic failure of 9/11 if it’s indeed what they told us it was,” asked Ventura, comparing it to the lost nuclear warheads story last year which resulted in the re-assignment or firing of no less than 70 people.

“You have the death of 3,000 people and nobody loses their job over it,” he added.

Ventura said that his education about 9/11 had increased recently when he saw a video presentation given by William Rodriguez – former WTC janitor and last man out of the North Tower who saved victims while witnessing multiple secondary explosions before the collapse of the buildings.

“When I watched a DVD of William Rodriquez, this guy is totally talking from what he what he remembers, you can clearly see it, he is not making anything up… he’s a hero’s hero, there’s no doubt about… and when you hear him talk and he tells about what he knows, how can you not question what went on that day?” said the former Governor.

Ventura’s voice in the call for a new 9/11 investigation could become significantly more influential if he decides to run for the Senate which the former Governor said he was seriously considering and would come to a final decision by July.

Prison Planet.tv subscribers can watch the full Jesse Ventura interview in high quality streaming flash. Not a member? Click here to see the fantastic benefits of becoming a subscriber. 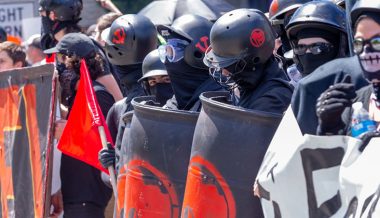