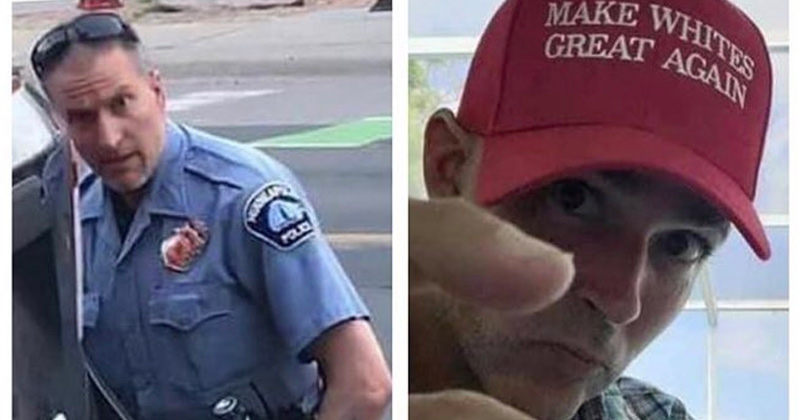 Several major accounts followed by millions spread the image claiming the person wearing the hat is the same officer who suffocated Minneapolis resident George Floyd on video – with no action taken by Twitter after the image was verified to be inaccurate.

On the left side of the image is a screen shot of Officer Chauvin, seen kneeling on Floyd’s neck as he struggled to breathe. On the right is a photo of a man wearing a “Make Whites Great Again” who has been identified as professional troll Jonathan Lee Riches.

A wolf in wolves clothing. The demons are among us. #Fightthecowards pic.twitter.com/UYw7zXNabQ

Rap icon Ice Cube, AKA O’Shea Jackson, shared the photo Wednesday to his 4.9 million followers, stating, “A wolf in wolves clothing. The demons are among us. #Fightthecowards,” suggesting the cop at the center of the controversy was a racist supporter of President Donald Trump.

Jackson also shared a tweet calling out “Blue on Black Crime” and asking, “How long… before we strike back???”

How long will we go for Blue on Black Crime before we strike back??? https://t.co/sXDq7SXl6W

Many including media analyst Mark Dice let Ice Cube and others know the image was misleading and inaccurate.

That’s NOT the cop, dumbass. It’s professional troll and fraudster Jonathan Lee Riches. Maybe twitter should be adding fact check notices to your tweets instead of the Presidents. But congratulations on pouring gasoline on the fire, moron. https://t.co/bXTBC4j6uk

NAACP President Bishop Talbert Swan, who has over 148 thousand followers, also shared the photo, claiming the man wearing the hat was Chauvin.

Here is Derek Chauvin, the racist cop who kept his knee on #GeorgeFloyd’s neck, cut off his air passage and murdered him, wearing a “Make Whites Great Again” hat, a clear sign that this piece of excrement should’ve been taken off the streets a long time ago.#JusticeForFloyd pic.twitter.com/KxGxHAIzlH

Here’s the cop Derek Chauvin in the process of murdering George Floyd. Look at that, the scumbag was photographed wearing a “Make Whites Great Again” hat. 100% guarantee he also owns a MAGA hat. pic.twitter.com/8J5O49qBfs

The photo was also shared by verified Twitter user Rosanna Arquette to her over 100 thousand followers. 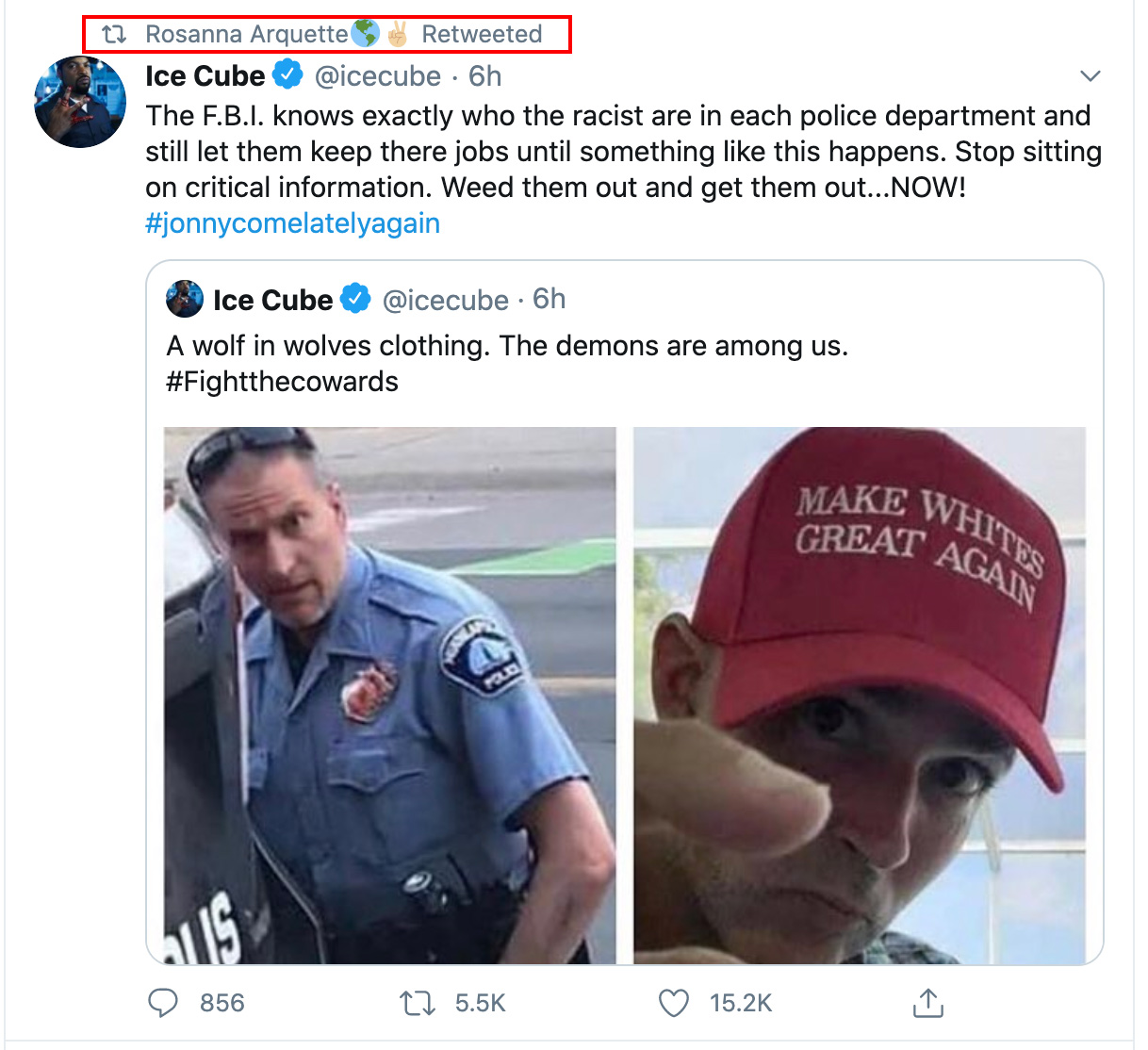 The message on troll Jonathan Riches’ hat prompted the phrase “Make Whites Great Again,” to trend on Twitter, despite the photo’s inaccuracy.

Twitter did not appear to have taken action against the posts, or against the accounts that shared the photo as of writing, notable given the platform “fact-checked” president Trump’s tweet about mail-in voting just yesterday.