The single most important factor responsible for fueling the last several decades of economic growth has been credit expansion. Whether it’s central banks lending money to large financial institutions, or private banks dispersing funds to businesses and individuals, our lifestyles simply would not have been made possible without it – builders couldn’t build homes, manufacturers couldn’t acquire raw materials, and consumers wouldn’t be able to consume. Living in a country whose currency happens to be the reserve trade instrument for the entire globe has had its benefits. We’ve built huge homes, enjoyed healthy diets, taken luxurious vacations; we’ve even exported menial jobs that no civilized members of society would ever engage in to third world labor camps. 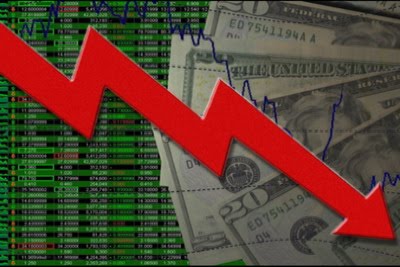 In the process we’ve expanded our national debt to unprecedented levels, with some estimates suggesting that our total liabilities and commitments are approaching nearly $200 trillion in the next twenty five years.

By all accounts, we live in a system built on nothing more than a promise to repay what we’ve borrowed. This reverse trickle-down economics has left everyone bloated with debt, including the government as a whole, as well as the individual American who has bought his house, car, furnishings and overall lifestyle by taking on insurmountable levels of debt.

In 2007 we began to see cracks in this supposedly stable economic model. By late 2008 the entire world was in crisis as credit lending on all levels came to a standstill. Stock markets crashed, governments panicked, and the people grasped on to promises of hope and change.

Four years on we’re told that the economy is bouncing back, yet all signs point to continued global malaise. More jobs are destroyed every month than are created, global shipping has all but come to a standstill, homes continue to lose value, and millions upon millions of Americans require government assistance for the most basic of needs.

There is no recovery. The credit crisis has not been averted. Things are going to get far worse before they get better.

While most refuse to admit it, the evidence is clear. Our system of “creditism,” as described by The New Great Depression author Richard Duncan, is dependent on monetary intervention and expansion by our central bank. Unless the Federal Reserve continues to artificially expand credit and print more money, the system will collapse in on itself – just as it almost did in 2008.

At some point, says Duncan, the expansion simply won’t be possible anymore.

How bad can it get once that happens? According to Duncan, it can get so bad that our civilization as we know it today simply won’t be able to handle it.

When we broke the link between money and gold forty years ago, this removed all the constraints on credit creation. And afterwards credit absolutely exploded. In the U.S. it grew from $1 trillion to $50 trillion – a fifty-fold increase in forty three years.

This explosion of credit created the world we live. It created very rapid economic growth. It ushered in the age of globalization.

But it now seems credit cannot expand any further because the private sector is incapable of repaying the debt that it has already. And if credit now begins to contract there is a very real danger that we will collapse into a new great depression.

As long as credit grow rapidly, that makes the economy grow. However, the day always comes when credit can’t expand any further and then the new depression begins.

Now, credit is the new money. If they don’t prevent the credit supply from contracting then we will have a new depression. So the policy is to ensure that credit continues to expand. And now that’s what government debt is doing; increasing government debt is making total debt grow, otherwise we would have already collapsed into a debt deflation death spiral.

If this credit bubble pops the depression is going to be so severe that I honestly don’t think our civilization can survive it.

Consider what happens when someone loses their income stream. As a result, they are unable to pay their mortgage, put food on the table or live any semblance of the life they came to know while they were gainfully employed.

Our government, like any individual American, also has an income stream. That income is based on taxes, and in recent years, overwhelming borrowing. In the near future we will reach a point where we’ve taken on so much debt that our creditors will no longer lend us money. Because tax revenues are already dropping due to negative economic growth, the government will essentially be left with no income.

Like someone who loses their job, they will have no way of meeting their monthly obligations. They won’t be able to provide nutritional assistance, there will be no health care, and social security benefits will stop being distributed.

Our civilization would not be able to handle such a transition from an expansionary credit based economy where goods and services were readily available into a paradigm of credit contraction, supply shortages and destitution.

This is what is coming. There is no way to prevent – only to defer it until a later date.

That day will soon be upon us, and one way or the other life in America as we have come to know it will take a drastic turn for the worse. When civilizations transform in this way it often results in violence, starvation and bloodshed. Prepare for it, because it will be on our doorsteps soon enough.