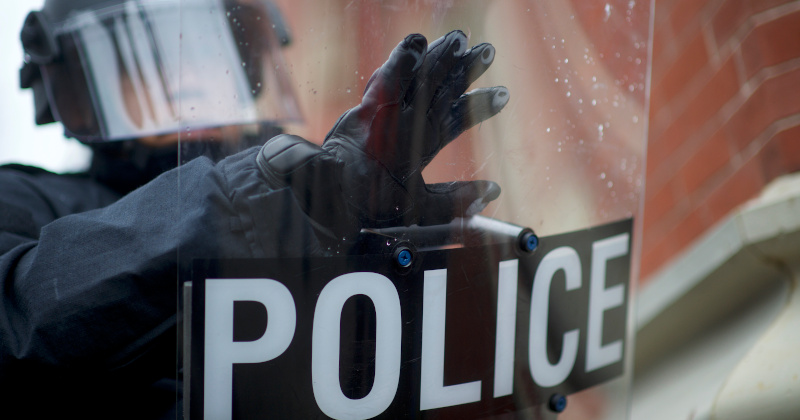 The federal government is ramping up new purchases of riot gear, citing the virus pandemic, comes at a time when the economy has plunged into recession, and high unemployment has led to increased anxieties across the country.

The Intercept says a recent order made by the Department of Veterans Affairs (VA) shows “disposable cuffs, gas masks, ballistic helmets, and riot gloves, along with law enforcement protective equipment” were bought for federal police assigned to guard VA facilities.

The order was quickly fulfilled under a special authorization “in response to the Covid-19 outbreak.”

The VA department operates 1,243 health care facilities, including 170 VA Medical Centers and 1,063 outpatient sites of care in the US, which serves millions of veterans.

Redcon Solutions Group is the supplier of the latest contract. The Intercept says the firm received $1.6 in contracts to supply equipment for “Covid-19 screening security guard services.”

The purchase order can be explained by the latest Inspector General (IG) report that said a shortage of VA workers and VA police created additional strain on the agency during lockdowns. The IG report said some VA facilities became the site of “COVID-19-related screenings,” which meant the VA needed to beef up security.

The Intercept notes federal police at VA facilities were not armed until after 2011, which was around the time the Pentagon started militarizing police forces across the country.

“Between 2005 and 2014, VA police departments acquired millions of dollars’ worth of body armor, chemical agents, night vision equipment, and other weapons and tactical gear,” The Intercept said.

Within the $2.2 trillion CARES Act, there was $850 million for the Coronavirus Emergency Supplemental Funding program, which is a federal grant program that injects new capital into the nation’s police forces. It has been used to cover overtime, increase personal protective equipment, and cover additional expenses related to the virus.

More recently, President Trump signed an executive order that allows activating up to one million troops.

As to why the VA police would need riot gear is beyond anyone’s guess.

However, the rapid militarization of police forces over the last decade shows the federal government could be preparing for social unrest.