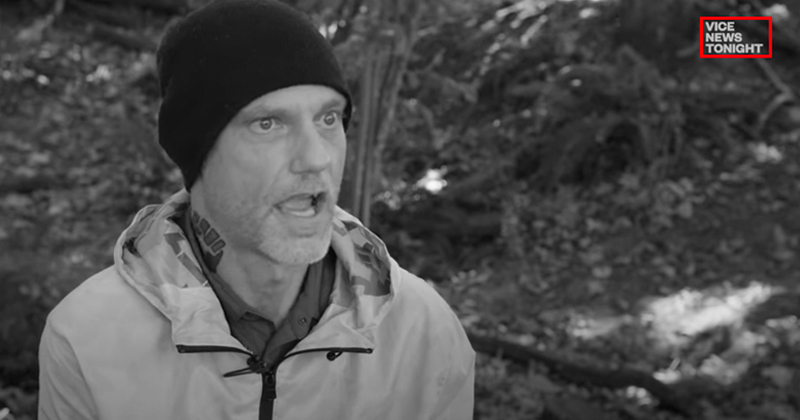 Leftist media publication Vice News is being accused of either wittingly, or unknowingly assisting police in locating murder suspect Michael Forest Reinoehl, who died in a shootout with law enforcement Thursday.

Vice ran an interview with Reinoehl Thursday, in which he claimed “self-defense” while essentially confessing to the murder of Patriot Prayer member Aaron “Jay” Danielson, saying he was justified in gunning down the Trump supporter because he felt threatened.

“Totally justified… had I not acted, I am confident that my friend and I’m I would have been killed because I wasn’t gonna stand there and let something happen,” Reinoehl admits in the interview.

Hours after the interview was published Thursday, news emerged that Reinhoehl was dead after engaging in a shootout with FBI and US Marshals who had attempted to apprehend him in Lacey, Washington, 120 miles away from Portland.

The timing of the arrest, almost immediately following Vice’s publication of its interview, led many to suspect Vice had been contacted by law enforcement and turned over Reinoehl’s location

“Vice may have inadvertently led the feds to Reinoehl’s location,” tweeted OAN’s Jack Posobiec, later adding, “Wonder how they found him.”

Vice may have inadvertently led the feds to Reinoehl's location

Wonder how they found him https://t.co/oxPyCvHcNo

“I wonder who at VICE snitched to the feds about Reinoehl’s location,” wrote Human Events editor Ian Miles Cheong, following up with another tweet commenting, “VICE got an Antifa militant killed. Hard hitting journalism.”

Thank you @VICE for your contribution. https://t.co/9iHaUBaGf4

I wonder what Antifa thinks of Vice for snitching on them to the feds.

Others pointed out Reinoehl’s attack on police using an assault rifle discredited the self-defense narrative Vice was attempting to promote.

INSANE: @VICE did an interview w/ this shooter in an attempt to spread the false narrative he acted in self defense when he executed “Jay”

Then the man pulls a gun out on officers & is killed, thus disproving the “peaceful Antifa” narrative once again https://t.co/OqkgjCaqrf

In a tone deaf tweet pushed out late Thursday promoting their interview following Reinoehl’s death, many Twitter users credited Vice with leading feds to him.

Thank you for leading the feds to him! They couldn’t of done it without you.

Great job on leading the feds to him. 👏👏👏👏 this maybe the only time conservatives thank you for doing something

Just wanted to say a personal thank you for assisting in leading authorities to him. Great job.

Your outlet will receive a medal for all the help you gave in bringing this killer to justice.

We thank you for leading the feds to him

your people ratted him out to the feds, media companies are nobodies friends. Next time dont break the law.