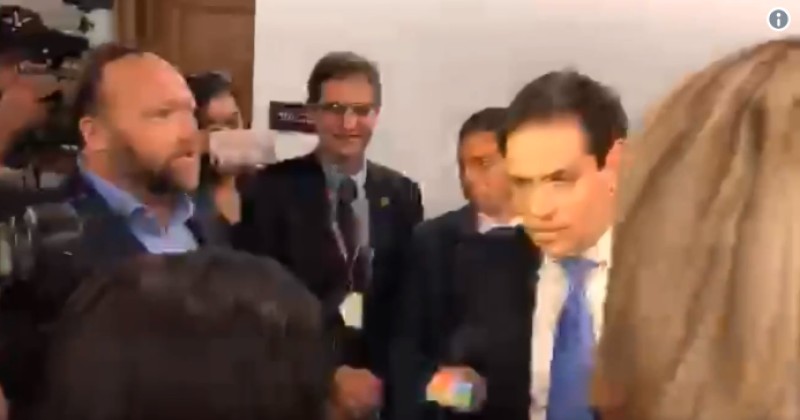 Alex Jones confronted Senator Marco Rubio during a break in the Senate hearings on social media accountability, with Rubio asserting that he didn’t even know who Jones was while claiming he had no knowledge of Big Tech censoring conservatives.

Rubio claimed to not know who Jones was, then got triggered when Jones patted him on the back.


“That’s weird, man,” Rubio responded, before adding, “I just don’t know who you are.”

Other reporters then attempted to tell Rubio who Alex Jones was and the Senator rolled his eyes.

At one point in the exchange, Jones patted Rubio on the shoulder, prompting Rubio to complain about Jones touching him.

Jones then said Rubio threatened to personally take physical care of him.

“I can take care of myself,” said Rubio.

Shortly after, Jones confronted Senator Wyden in the same hallway.

"You guys have dehumanized me….stop violating my First Amendment in those hearings.

“You guys have dehumanized me….stop violating my First Amendment in those hearings,” Jones told Wyden.