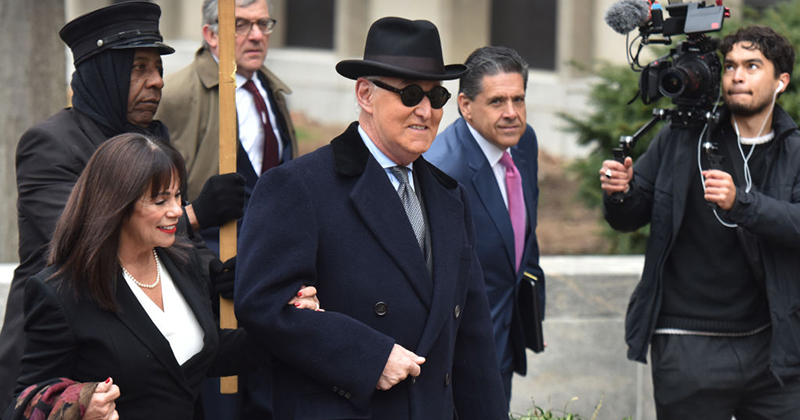 In a video posted to Rex Jones’ Twitter account, radio and TV host Alex Jones revealed that President Donald Trump broke with the advice and guidance of Attorney General Bill Barr to grant clemency to political veteran Roger Stone on Friday night, revealing that President Trump told Barr that “this is going to happen” regardless of Barr’s objections.

Jones revealed that he has spoken to numerous White House officials, members of Congress, and Stone himself, who all told him for weeks that President Trump wanted to either commute Stone’s sentence or pardon him, but that the Justice Department led by Barr was pushing President Trump to allow Stone to go to prison.

“Trump has overridden the Justice Department and Bill Barr who did not want Roger to not serve jail time,” said Jones. “In fact that was the one big piece of information that I got from the White House, that I got from members of Congress, that I got from Roger Stone over and over again.”

Jones explained that all sources he spoke to suggested that “Bill Barr over all probably is a good guy, but that he thought it was, quote, ‘a righteous prosecution of Stone.’”

This break between the president and attorney general, according to Jones, led the president to tell Barr “‘Sorry, you’ve broken your sword on this,’ This is a quote.”

Relaying a summary of the president’s conversation with Barr, Jones added that President Trump said “This isn’t political, this isn’t right wing, left wing, this is the right thing to do, he was persecuted, this is part of a fake witch hunt, this is part of a coup, and I’m not going to go along with this coup. I’m not going to put up with the bullying of the Justice Department anymore, or these corrupt federal judges. This is going to happen.”

Jones explained that though he informed Stone of the president’s stance, Stone did not want to go public with the information until he officially received clemency or a presidential pardon.

The talk radio legend continued to describe the financial ruin Stone now faces after over three years of fighting to prove his innocence, explaining that he sold his home and his vehicle to finance his $3.5 million legal defense, and that he now lives in a “cozy” two bedroom apartment.

During his trial, Stone was originally issued a gag order preventing him from discussing his case publicly under threat of jail, and eventually was forced to cease all interviews and speaking opportunities, his primary source of income, due to additional gag orders.

Jones added that, because President Trump did not pardon Stone and instead gave him clemency, Stone is now greatly looking forward to continuing to appeal his conviction and proving that his trial was unjust.

Stone was granted clemency by President Trump earlier today, with an official White House statement declaring “Roger Stone has already suffered greatly. He was treated very unfairly, as were many others in this case. Roger Stone is now a free man!”