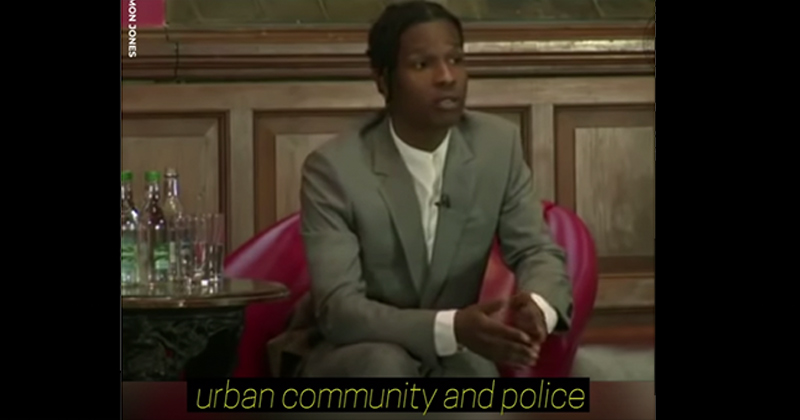 At the beginning of the video, A$AP Rocky exposes the hypocrisy of people rioting over a single death at the hands of law enforcement while ignoring the massive amount of shootings and murders taking place in urban communities.

Explaining how black Americans can take action, A$AP said, “We have to do something first. It’s within us internally, we can’t internally blame the police officers.”

Next, rapper Kevin Gates also criticized black-on-black violence, saying, “We kill each other. As soon as a white boy kill one of us, everybody go to hootin’ and hollerin’ and all that. That’s bullshit. If you stand for something you gotta stand for [it] all the way, not halfway.”

The Game and Snoop Dogg spoke out during an LAPD press conference to address gun violence, calling for dialogue between police and the community.

Will America listen to these individuals or will white liberals continue to use the black community for their political agenda?