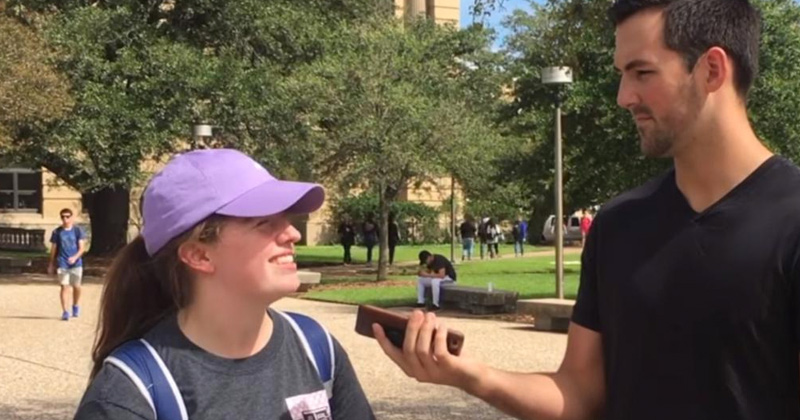 With midterm elections right around the corner, people around the country are turning their eyes to high stakes races in states like Florida, West Virginia, and Nevada.

Perhaps no race, though, has garnered more outside media attention than that of the Texas Senate election between incumbent Republican Senator Ted Cruz and Democrat Rep. Beto O’Rourke.

While Cruz leads in most polls, O’Rourke has a decided lead amongst Millennials and college students.

Supporters of Sen. Cruz have claimed that though O’Rourke possesses plenty of smooth rhetoric, he lacks in substance and qualifications.

Wanting to see if O’Rourke’s supporters could detail accomplishments of the Texas Congressman, Campus Reform’s Cabot Phillips headed to Texas A&M to ask his supporters a simple question: Can you name an accomplishment of his?

The answer was a resounding no.

“Umm, I’m not aware of any specific accomplishments,” one student said, while another admitted, “I honestly couldn’t point to anything. I’m not as educated as I would like to be.”

What did other students have to say? Watch the full video: