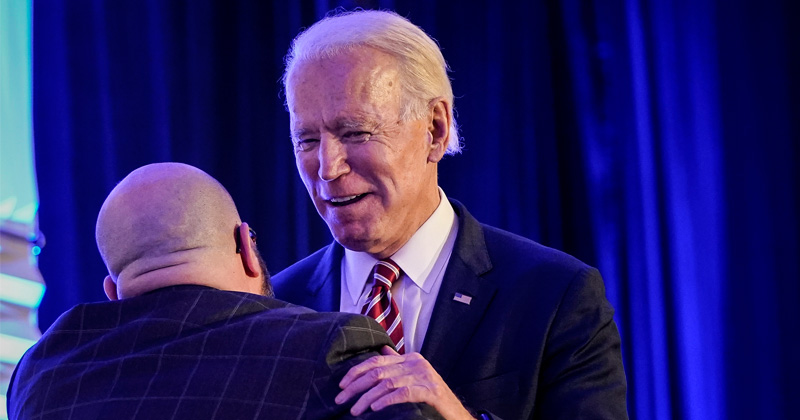 Joe Biden tells a crowd in South Carolina he is "running for the U.S. Senate" 😂🤣

“My name’s Joe Biden and I’m a Democratic candidate for the United States Senate,” he said at the South Carolina Democratic Party “First in the South” dinner on Monday. “Look me over and if you like what you see, help out but if not, vote for the other Biden.”

“Give me a look though, okay?”

It’s not clear from the video what “other Biden” he’s referring to – which is what it sounds like he’s saying -and it’s possible he was referring to someone else entirely but mumbled the words.

The video will no doubt raise concerns once again about Biden’s cognitive awareness and abilities, especially considering how confidently the 78-year-old said he was a “candidate for the United States Senate.”

It also won’t quell focus on Biden’s two brain surgeries in 1988, in which Biden himself said that surgeons gave him a “35 to 50 percent range” of “being completely normal” after the surgery.

This time, it wasn’t a slip of the tongue that Biden corrected mid-sentence, and the slip-up is particularly damning given that the he wasn’t even in his home state of Delaware, which he served as a senator from 1973 to 2009.

Analysts believe that Biden’s last chance to stay in the presidential race hinges on a strong showing in the South Carolina caucus, but even that might be wishful thinking as no Democratic candidate has ever won the party’s nomination with weak finishes in Iowa and New Hampshire.

“After a humiliating fifth-place finish in the New Hampshire primary and an apparent fourth-place finish in Iowa, former Vice President Joe Biden’s presidential hopes are finished,” reads an CNBC op-ed. “You can expect him to maybe stay in the race for another three weeks or so until the Super Tuesday primaries are over, but that’s about it.”

“Yes, there are a couple of examples of candidates who failed in Iowa and New Hampshire who went to win their party’s presidential nomination. But none failed as spectacularly as Biden has.”