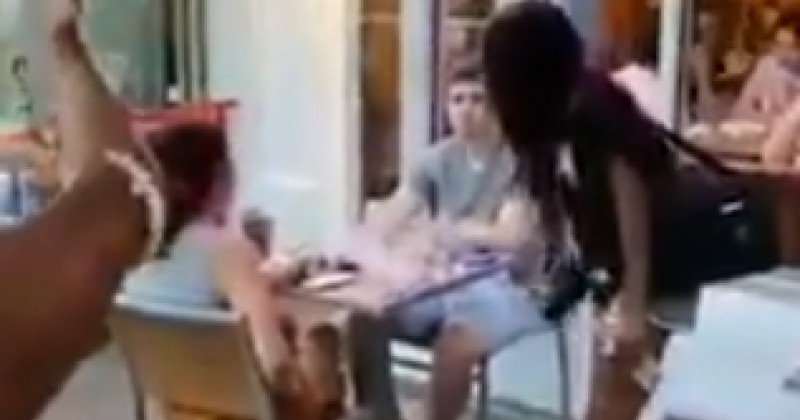 A video out of Washington DC shows a Black Lives Matter protester harassing a white couple at a café because they refuse to obey by raising their fist like every other diner.

The clips shows an African-American female shouting in close proximity at the couple as other BLM demonstrators film them and flip them off.

“Racist piece of shit!” another man screams at them while another accuses them of “white supremacy.”

The video shows other diners, including a man sat near them wearing a pink shirt, all blithely raising their fist, presumably so as to avoid being targeted by the mob.

Once again, this underscores how BLM demand total fealty and blind obedience to their agenda. It also illustrates how obnoxious and annoying its members are.

Perhaps the couple are lucky the encounter didn’t happen in another city like Portland, where people are dragged out of their vehicles and beaten for the crime of defending victims of BLM’s criminal behavior.

As we previously highlighted, BLM’s new tactic in some cities is going into residential areas and screaming at people inside their homes.

Another Black Lives Matter mob also invaded a restaurant in Dallas and tried to start a riot.

What a way to win hearts and minds.