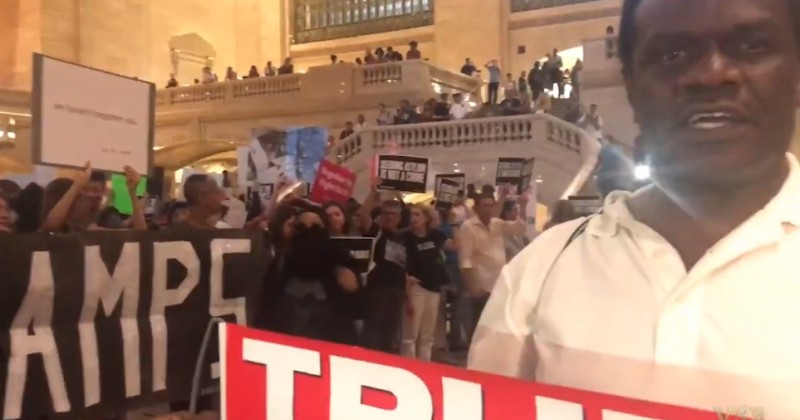 A black Trump supporter showed up at an anti-ICE protest to ask liberals to assuage their white guilt by giving him reparations which he would then give to Trump’s 2020 campaign.

The stunt took place at Grand Central Station in NYC.

Trump Supporter Stands Up To Radicals…

"Liberals & Democrats told me I deserve reparations, they told me that tryng to buy my vote, well PAY UP, so I can turn it over to the Trump Campaign" pic.twitter.com/MuV7x7oeao

“They told me they’re trying to buy my vote but you won’t get my vote, my vote is going here to Trump 2020,” he added.

“If you have white guilt, I have a cure for your white guilt – put your money in my bank account and you will be healed,” the man suggested.

White liberals filming the scene had little response but to nervously laugh.