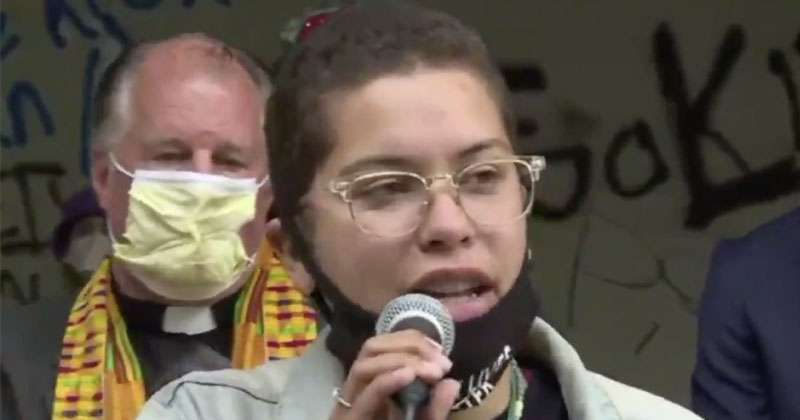 A Portland Black Lives Matter organizer announced the group’s intention to “abolish” the “United States as we know it” during a rally outside the federal courthouse.

The self-described “afro-indigenous non-binary local organizer” named Lilith Sinclair admitted to supporters outside the Hatfield Federal Courthouse what the mainstream media is keen to ignore: that Black Lives Matter is not about racial equality or police reform, but the total abolition of America itself.

“I’m an afro-indigenous non-binary local organizer here in Portland,” Sinclair told the audience. “Organizing for the abolition of not just the militarized police state but also the United States as we know it.”

The media knows full well the BLM organization is not a grassroots movement about racial equality, but is actually a crypto-Marxist group that receives material support from billionaire activists like George Soros to overthrow America.

Co-founder of BLM Patrisse Cullors admitted in 2015 that she and the other founders were “trained Marxists.”

“Myself and Alicia, in particular, are trained organizers. We are trained Marxists. We are super versed on ideological theories, and I think what we really try to do is build a movement that can be utilized by many, many black folk,” she said.

"We are trained Marxists."
— BLM co-founderpic.twitter.com/Cn2mqCXjuW

Alex Jones exposes the domestic terror acts of Antifa/Marxist/BLM rioters and how they triggered the action of federal law enforcement.