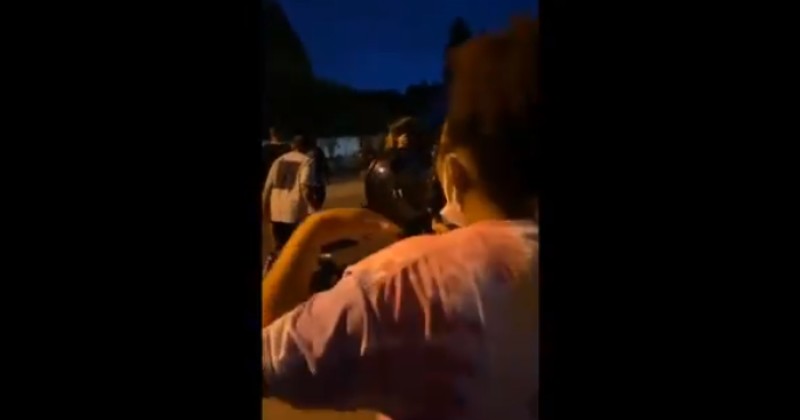 Black Lives Matter protesters were caught on camera during a recent protest in Seattle chanting, “Who do we protect? Black criminals.”

The clip shows BLM demonstrators repeating the mantra as they walk down a residential street.

“Who do we protect? Black criminals.”

BLM and antifa chant at a march in Seattle on 11 Aug. #SeattleRiots pic.twitter.com/ifrh2lXr7G

Nobody can argue that the statement is founded in absolute truth.

George Floyd was a convicted criminal who once pointed a gun at a pregnant woman’s stomach during an armed robbery.

Michael Brown was killed after he charged Officer Darren Wilson and tried to grab his gun after robbing a convenience store.

Heavily armed sniper Micah Johnson set out to kill as many white officers as he could before murdering 5 Dallas police officers during a Black Lives Matter march.

Back in 2014, Black Lives Matter protesters were also caught on camera in New York chanting, “What do we want? Dead cops. When do want it? Now!”

As we highlighted earlier, Seattle BLM protesters also appear to believe that while protecting black criminals, part of their agenda is also to seize property belonging to white people.