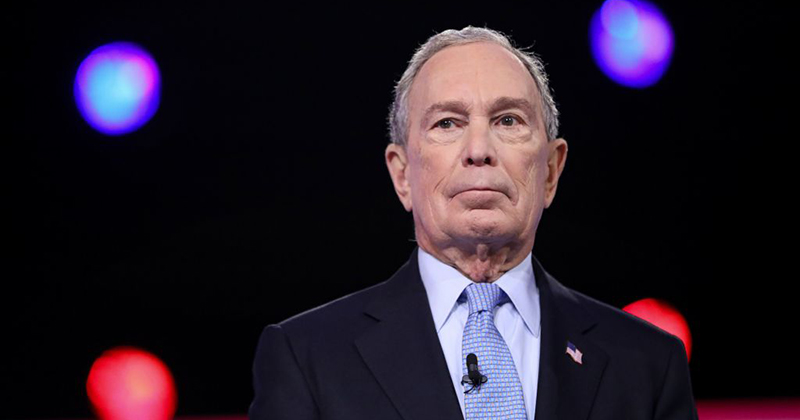 Democratic Presidential candidate Mike Bloomberg made several dubious claims during a CNN townhall on Wednesday night, in an effort to push an extreme gun control agenda he has long sought to implement.

Without citing any specific statistics or studies, Bloomberg, who is surrounded 24/7 by armed guards, claimed that Americans are much more at risk of injury and death if they keep a gun at home.

“You don’t want to have guns. If you have a gun in your house you’re something like 22 times as likely to get killed with a gun.” Bloomberg claimed.

Despite Bloomberg’s claim, a study from his own Johns Hopkins Bloomberg School of Public Health found no “clear association between firearm restrictions for domestic abusers and reduced fatal mass shootings.”

Bloomberg went on to jump to conclusions regarding a shooting at Molson Coors in Milwaukee, despite the fact that no detailed information about the gunman had been released at the time.

Bloomberg demanded that universal background checks should be implemented in all 50 states, but noted that “it’d be much easier if we could do it at a federal level.”

“I noticed when I was backstage, watching the president, he said ‘our prayers should be with the families,’ and I’m sympathetic with that, but what he should have said is, ‘We’re going to do something to have background checks to stop guns being sold to people that shouldn’t buy them,'” Bloomberg added.

He further claimed that the Supreme Court has ruled “reasonable restrictions” can be placed on Americans’ right to keep and bear arms under the Second Amendment.

“The reasonable privileges include things like background checks, so you don’t sell guns to minors, people with physiatric problems, or people with criminal records,” Bloomberg urged, further claiming that “if you did just that and took just 24 hours to go through the background check, you would make a very big difference in this country.”

Bloomberg was not the only Democrat to immediately push gun control in the wake of the Milwaukee incident, with Nancy Pelosi also calling for Congressional action, despite admitting a lack of any details on the shooting:

We are closely following developments surrounding the shooting in Milwaukee, Wisconsin. Our prayers are with the families who have lost loved ones and the first responders protecting the community. Congress has a duty to them all to take real action to #EndGunViolence.