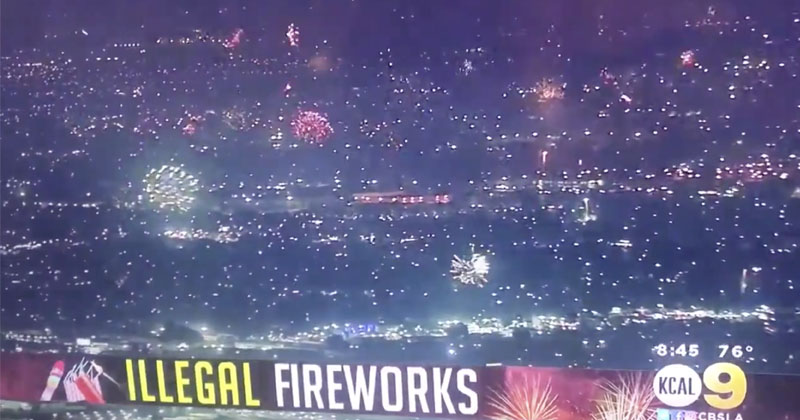 Californians openly rejected Democrat leaders who shut down Fourth of July festivities by celebrating Independence Day the right way — with thousands of fireworks.

Governor Gavin Newsom had ordered the re-closing of parks, bars, and restaurants, and cancelled Fourth of July festivities, citing a rise in new coronavirus cases.

But that didn’t stop frustrated Californians from lighting thousands of fireworks throughout the state, with stunning aerial video showing just how widespread California’s revolt against Newsom’s orders were.

Sky5 got a look at fireworks lighting up the skies for Fourth of July pic.twitter.com/nkFNUh4N8O

LA County and Orange County put on quite a show despite Democrats trying to stifle celebrating America’s independence.

The civilians Orange County are putting in a more impressive firework display than the cities usually do. pic.twitter.com/4e8WB9iBYj

“The people of Southern California are revolting against @GavinNewsom. My liberal neighbors are fed up with his controlling ways,” Grenell tweeted Sunday.

The people of Southern California are revolting against @GavinNewsom. My liberal neighbors are fed up with his controlling ways. https://t.co/9SIvG03Qel

Callers join: PCR tests used for disease diagnostics are fraudulent, how to avoid wearing a mask even in California, and what should Trump do about West CHAZistan (Seattle).