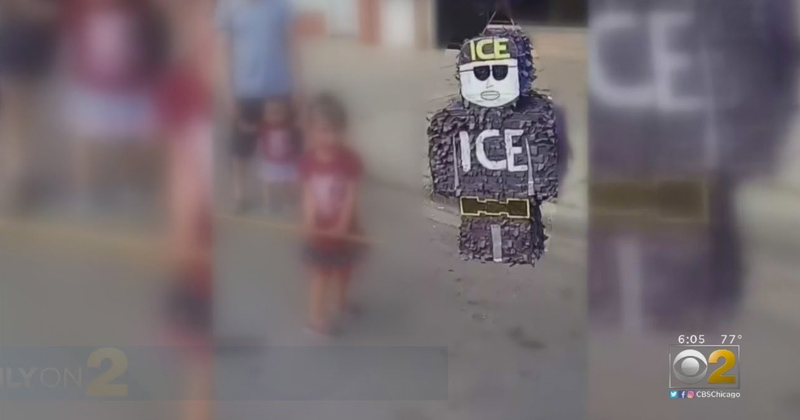 Children at a block party in Chicago destroyed a piñata in the likeness of an ICE agent.

“We were just making a statement,” Los Brown Berets representative Anthony Martinez told CBS Chicago, “[to] let them know it’s not wanted in this community.”

“[They’re] taking children from their parents, separating them,” Martinez added.

Video and photos from the event show several children hitting the ICE agent, a retrofitted Batman piñata with ICE written on the forehead.

“Some parents were holding their kids to hit the piñata,” Martinez said.

CBS Chicago reports while some people on Facebook supported the event, many called it “ignorant, disrespectful and teaching the young to hate.”

Despite the obvious symbolic political gesture, Martinez claims they meant no ill will toward ICE agents.

“It was not meant in a negative way at all towards law enforcement,” he said.

Another event at the block party allowed children to throw balls at a depiction of President Trump.

A representative for the east side chamber of commerce said they were unaware the piñata would be there, and could not say whether a similar piñata would be present at next year’s event.