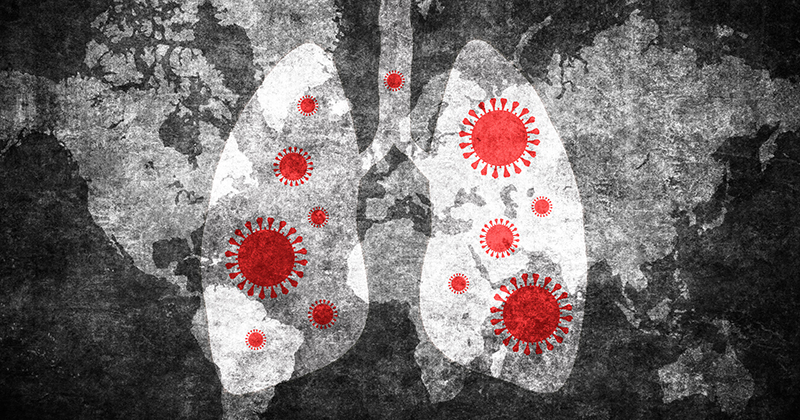 According to a report, political and religious prisoners are having their lungs “harvested” for lung transplants as complications from Covid-19 infections may arise, causing permanent lung damage.

On February 28, the Chinese Communist Party announced, via the state-run Global Times, the first double-lung transplant was performed on a coronavirus patient whose lungs were irreparably damaged from the deadly Covid-19.

The patient who recieved the transplant on the 28th of February had been told they had only days to live having suffered irreparable damage to their lungs from COVID-19, but within 5 days a matching ‘brain dead’ donor had been found and the lungs sent to them by high-speed rail.

Experts have said that the likelihood of finding a donor within 5 days, who was a match for the patient, had healthy lungs, was a non-smoker, had just died, and had consented to donating their organs would be highlight unlikely given China only has about 1.35 million donors out of a population of 1.4 billion.

A claim made by Nadine Maenza, vice chair of the United States Commission on International Religious Freedom, suggests finding a pair of healthy lungs of a recently decease, non-smoking, voluntary donor within the short time frame would be near-impossible.

China's state-run media have touted double lung transplants for #CCPvirus patients. But "the only way" the organs could be obtained so quickly is if they're from prisoners, esp. religious prisoners, says @USCIRF's @nadinemaenza.#ATL🇺🇸 pic.twitter.com/PdwDdiwiIK

China has a lengthy, controversial history of harvesting organs from political and religious dissidents.

In 2015, China announced they would ban the unethical practice after mounting international pressure.

However, in late 2019, several reports emerged indicating China’s continuance of the globally-frowned-upon practice.

The China Tribunal used first-hand testimony from former detainees and implausible transplant availability and short waiting times to shape its findings. The witness reports were horrific—including organ extractions on live victims, subsequently killed by the procedures. A 2015 documentary claimed China’s illegal organ transplant industry is worth $1 billion each year—but China insists that forced extractions have stopped, that its efforts to reform date back to 2010, with a system of voluntary donations replacing forced organ harvesting from prisoners.

Not so, says the BMC article, claiming that China is “artificially manufacturing organ transplant donation data.” The report says its findings mean that any trust in China’s organ harvesting system “has been violated,” that the reforms were “a mask for the continued use of non-voluntary donors or donors who are coerced into giving organs.” In short, the allegation is that the new system of voluntary donations operates alongside and not instead of forced extractions. The giveaway, according to the report, is patterns in the state’s data which are too neat to be genuine—they must be falsified.

A report from the BMC showed China to be falsifying their data concerning voluntary donation registration, introduced by a tweet which read, “After nearly two years, our paper on the apparent falsification of China’s official organ donor registry data has been published! We used statistics to unravel state data manipulation. I believe the findings are both fascinating and important.”

After nearly two years, our paper on the apparent falsification of China's official organ donor registry data has been published! We used statistics to unravel state data manipulation. I believe the findings are both fascinating and important. (Thread…) https://t.co/S4W8APjivr pic.twitter.com/MFk0dKP6i8

In spite of China’s claim to disassemble the lucrative industry, the China Tribunal pointed to contradicting evidence. Gript continued:

In early March of this year, the independent China Tribunal, which sat in London, said that there was “no evidence that the significant infrastructure associated with China’s transplantation industry has been dismantled” and “absent a satisfactory explanation as to the source of readily available organs concludes that forced organ harvesting continues till today”.

Ethan Gutmann, a human rights investigation who had previously worked in China, testified to the China Tribunal that “literally every Uyghur man, woman, and child – about 15 million people – have been blood and DNA tested, and that blood testing is compatible with tissue matching”. Gutmann told the Tribunal that, by his estimates, between 2000-2008 65,000 Falun Gong practitioners and 2-4,000 Christian, Uyghurs, and Tibetans were “harvested”.

In addition to this, an article from the National Review found the claim that China’s voluntary donors had increased sufficiently to meet the demand for organs from the recently deceased:

Beijing has claimed since 2015 that all organs come from voluntary deceased donors. But the growth of the voluntary figures is highly questionable — rising from 34 in 2010 to 6,316 in 2016 — and follows a quadratic equation to the 99.9 percent level. Nor does it make sense that China can provide organs on demand, often within hours or days, from such a small population. Only forced organ harvesting of blood-typed prisoners can meet that timeline.

The report also shows that China transplants far more organs than authorities admit. Some 173 Chinese hospitals are currently authorized to do transplants, yet just ten hospitals account for nearly 14,000 annual procedures. The total number of transplants is likely at least several times larger. Beijing is falsifying both the number and the source of the organs it sells for profit.

Apart from the reports and questionable statistics, the World Health Organization still supported China’s efforts, and, according to The National Review, “regularly declare that China’s system is now ethical and unobjectionable.”