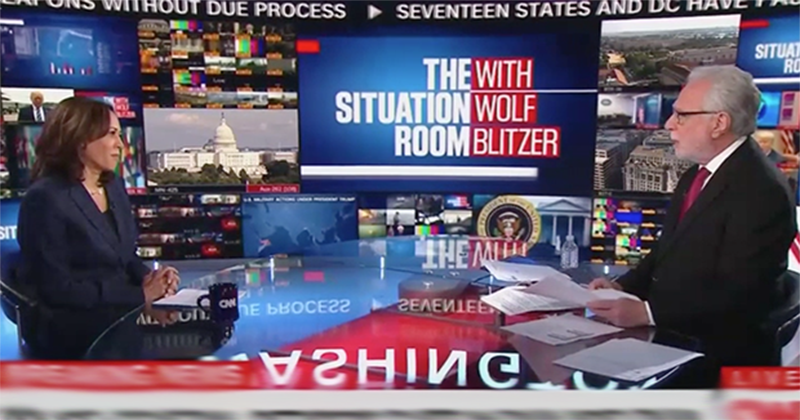 While admitting that it had virtually no details about an active shooter engaged with police in Philadelphia Wednesday night, CNN immediately called for more gun control, and even used the opportunity to promote Democratic presidential candidate Kamala Harris’ gun control proposals.

Reports now indicate that an armed suspect opened fire and wounded six officers in north Philadelphia during a nearly eight-hour standoff after a warrants was served to search for narcotics.

The Suspect is in custody, and all six police officers have been released from hospital.

However, while all of this was unfolding, and details were extremely scant, CNN had already decided that this was a great opportunity to engage in pure speculation and liberal activism.

The pair then discussed gun control, and Harris even suggested that her gun control proposals would have prevented this incident (that they both knew absolutely nothing about at this stage) from happening at all.

After the segment finished, CNN host Dana Bash then admitted “this is an active situation” and “[w]e don’t know how this is going to end and more importantly we don’t know what it is all about.”

“I don’t want to say it’s the new normal, but it is this kind of situation where you have an active shooter is coming across our phones and coming across the phones and, you know, bulletin alerts of people all across the country very, very frequently, which is why here in Washington there has been a renewed discussion about whether or not finally the Republican and Democratic Party can come together and figure out ways to stop this, whether it is gun control, any form of gun control or other means.” Bash declared.

“Yes, there is a Bill of Rights. Yes, I do agree and do believe strongly in the second amendment, but we need on protect responsible gun ownership. Why is it that only 17 states, we have 50, have red flag laws?” Jackson asked.

“We need more states. We need the federal government to provide incentives or grant other states to have these laws. We need at the federal level, as Kamala Harris, you just had her on the show, has a proposal to get the federal courts involved.” he continued.

“These are important in as much as yes, we’ll protect your right to bear an arm. But if you’re not rational and you’re not reasonable, we’re going to take it away.” he added.

Could it be any clearer that CNN is not a news gathering body, but rather is a Democratic activist network?