In the wake of the non-incident between the drum beating Nathan Phillips and the MAGA hat wearing kids of Covington Kentucky, one CNN commentator admitted Tuesday that she was “triggered” by the very sight of the now iconic red hat, comparing it to a KKK hood.

Appearing on CNN’s “Cuomo Prime Time,” Angela Rye argued that Nick Sandmann’s smile and still standing was beside the point, because he’s was wearing a racist symbol.

“Forget Donald Trump for a moment, and just think about that symbol of that red hat,” she said.

“When I see the Make America Great Again hat now, Chris, I am triggered. I’m so triggered.” Rye declared.

Rye then told Trump supporter Andre Bauer that she could not be friends with him because the hat represents “hatred”.

“This Make America Great Again hat is just as maddening and frustrating and triggering for me to look at as a KKK hood,” Rye blurted.

“That is the type of hatred that his policies represent. And until we can have common ground and understanding about that, that it’s that triggering, we’re going to continue to have problems.” she added.

Rye then attempted to argue that those who say Sandmann did nothing wrong by not reacting to Nathan Phillips, a man who seems to be at best a leftist agitator and at worst mentally ill, are refusing to look at the incident from all “perspectives”.

“I wish that for one moment we could talk about what we see,” Rye said. “People are talking about what’s happening right now, as a result of what happened in this particular incident, is our varying perspectives, and I think that’s such a powerful point.”

Rye’s comparison of the MAGA hat to the KKK hood isn’t even her own perspective, it’s one that has been pushed around Twitter by various triggered Trump-haters for some time.

The latest to do so was actress Alyssa Milano.

The red MAGA hat is the new white hood.

Without white boys being able to empathize with other people, humanity will continue to destroy itself. #FirstThoughtsWhenIWakeUp

“Oh, OK sweetheart, so that means, does that mean that we conservatives can say that a Planned Parenthood cap is basically a KKK, that that would actually be closer to the truth, right?” Ingraham asked.

Leftists across the internet now claim that the act of “smiling” while being a trump supporter is now a bigoted act. Paul Joseph Watson breaks down leftist insanity that now resembles the “Two Minutes Hate” portrayed in the novel 1984. 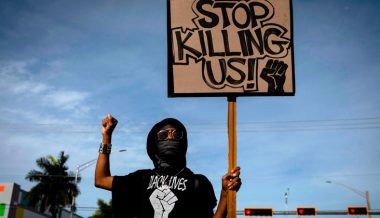