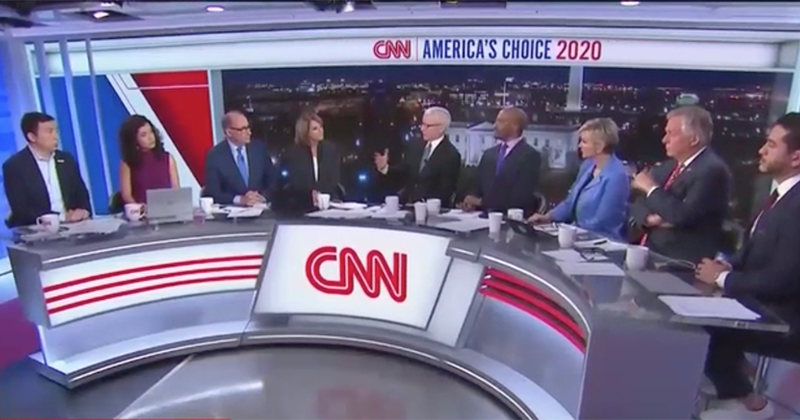 While many leftists are accusing President Trump of politicising the coronavirus, CNN devoted a whole segment to daydreaming about how the potential pandemic could help Democrats win the election.

As part of its primary night broadcast Tuesday, CNN’s anchors and guests discussed how the panic over the spread of the virus will hinder Trump’s relection.

Democrat dropout Andrew Yang suggested there will be a growing “real hunger for” an administration like former President Obama’s among “many, many Americans if the coronavirus crisis continues to grow.”

Yang suggested that “when” Joe Biden becomes president, there would be “a return to moral normalcy, but it’s also going to begin to look like a return to competence because Trump and the Republicans have been running the government in sort of an anti-government frame, which is not what you want when you’re dealing with a health crisis.”

“And we all know when Joe becomes our president, he’s going to bring back many of the Obama alums who are really, really competent and technocratic,” Yang further claimed.

Anderson Cooper chimed in, suggesting “We’ve also never seen a situation like this, certainly in modern times, in terms of a potential pandemic influencing the next couple of months in a way that’s kind of hard to even imagine.”

“I mean, obviously there is the difference on health care between Sanders and Biden, but if — You know, if hospitals are overwhelmed, if, you know, the military is called in, if people are being triaged in school gymnasiums on respirators or whatever, however bad it may get..” Cooper continued.

“Nothing makes you appreciate a functional government like a global pandemic.” Yang interjected.

“There are very few people who have seen what happens when a society, you know, has the potential to really burst at the seams,” Cooper added.

This is how desperate Democrats have become. Acknowledging that the only way they can defeat Trump is if society completely collapses.