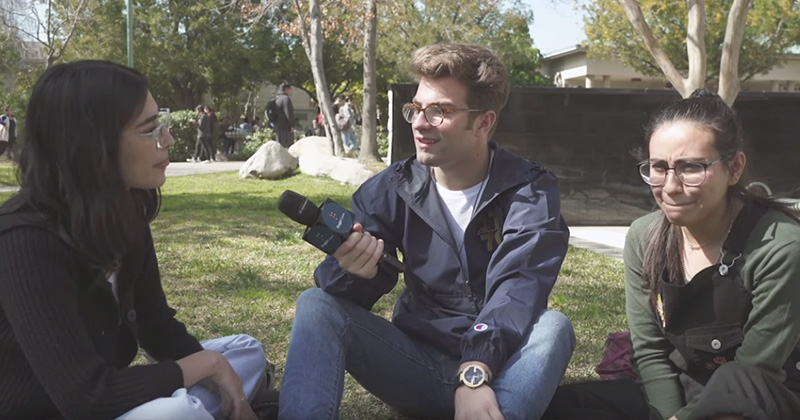 PragerU’s Will Witt went to the Pasadena City College campus in Pasadena, California to find out what students know about guns and how evil citizens who want to murder people with firearms can be stopped.

To start his interviews, Witt asked students for their general viewpoint on gun culture in America and the majority of interviewees were extremely anti-gun.

Two girls said Americans shouldn’t be allowed to have guns at all, another said, “I don’t see the point in having a gun,” and many students claimed guns make people “less safe.”

Next, Witt explained how the vast majority of mass shootings take place at “gun-free zones” where criminals know the populace is unarmed and vulnerable.

“Do you think in a gun-free zone, we could have people who actually have guns? Not make them gun-free zones so then people wouldn’t go and commit mass shootings in them?” he asked.

That student is apparently oblivious to the fact that he would never know if an individual was carrying a concealed weapon and has likely been around them without knowing, hence the word “concealed.”

Witt also asked students to respond to a recent incident in Texas where an armed parishioner shot and killed a man who was attempting to commit a mass shooting in a church.

In a strange response, one girl claimed, “A good guy with a gun doesn’t exist,” and argued the parishioner should have shot the lunatic in the leg or called the police “rather than killing him.”

News flash! The police would have shot and killed the man as well and an unknown number of church attendees would have died.

A pair of girls Witt interviewed were blown away when he explained that Americans giving up their guns to a government who is admittedly corrupt would leave that corrupt regime to have their way with the populace.

At the end of the video, one girl said she “learned a lot” from her discussion and that she’s rethinking her perspective and two others said he made them think a lot and that their heads exploded.