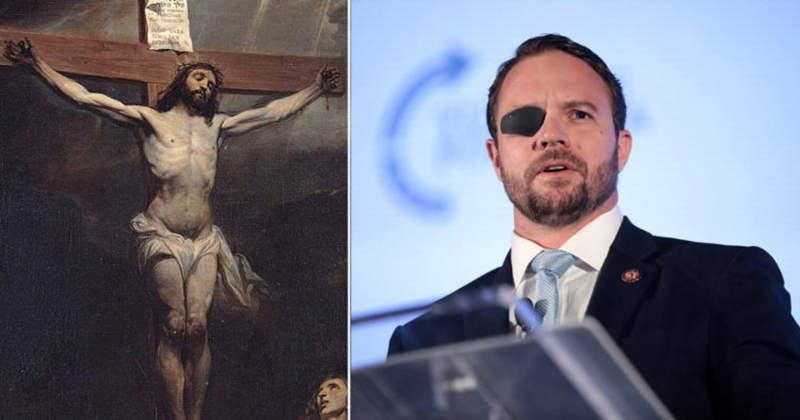 In episode 222 of the Jocko Podcast on Youtube, Crenshaw appears to talk about a book he recently authored. At approximately twenty minutes the conversation turns to the subject of hero archetypes.

“The important thing is that we societal hero archetypes that we look up to. Jesus is a hero archetype, Superman is a hero archetype. Real characters too, you know, I put, I could name a thousand,” Crenshaw says. “You know, know Rosa Parks, Ronald Reagan, all of these people embody certain attributes that the American people think ‘This is good.’”

I can't believe Christians support a guy who doesn't believe Jesus was a real person…pic.twitter.com/3KQNUOUsBR

Crenshaw’s juxtaposition of Jesus Christ with a fictional comic superhero, and the implication that the primary religious figure of the Christian faith is not a “real” hero like Rosa Parks, was spotted by sharp-eyed Twitter users.

A video of Crenshaw’s remarks was posted to Twitter with the caption, “I can’t believe Christians support a guy who doesn’t believe Jesus was a real person…”

Crenshaw’s support base is predominantly comprised of Christian conservative Republicans, which makes his remarks all the more interesting.

The Texas representative has a history of unorthodox statements and policy positions, including his support of so-called “red flag laws” and hisposing in photographs with members of radical Bloomberg-backed anti-Second Amendment group Moms Demand Action.

Crenshaw also follows and is followed by left-wing deplatforming activist Jared Holt on Twitter, and was quoted by the John Hagee-owned nonprofit organization Christians United for Israel as saying, “Our morality doesn’t come from government, it comes from Jerusalem.”

The full podcast of Crenshaw discussing hero archetypes can be seen below.