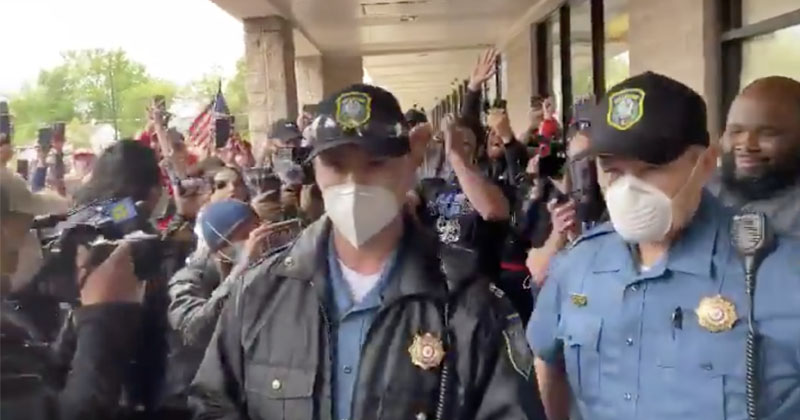 A New Jersey gym reopened in defiance of Governor Chris Murphy’s shutdown order, and patrons were waiting for the state to respond with a heavy hand.

Atilis Gym co-owner Ian Smith announced his intention to violate the order because he has to run his business to survive.

“We are and were ordered here today for everybody’s safety, we planned for the worst and hoped for the best, and it looks like that’s what he have out here today,” the officer said.

“Normally, you’re all in violation of the executive order,” he continued. “On that note, have a good day, everybody be safe.”

The crowd immediately erupted into applause and cheers of “USA! USA! USA!”

The Democrats’ extended lockdowns are becoming so indefensible that even law enforcement is beginning to refuse to go along with them.

Alex Jones takes a call from a Florida Policeman who is shocked by the official plans for martial law, and vows to uphold his oath to the people.