At NBC’s “Your Money, Your Vote: The Republican Presidential Debate” tonight, Ted Cruz took an early and commanding lead with the total destruction of the moderators and the media in general.

Newsbusters tweeted the above clip, which immediately went viral and continues to rack up more retweets by the second.

Bashing the media always gets applause from conservatives. Effectively bashing them, with devastating accuracy, gets more than applause. It becomes the stuf of legend. Cruz’s answer will quickly become one of those videos that everyone watches over and over.

If you watch the debates, as TruthRevolt contributors do, it is impossible to not see the truth of Cruz’s words. The comparison of softballs lobbed at Democrats with the insults hurled at Republicans by the media is obvious to anyone with eyes and ears. And a candidate not simply calling it out, but highlighting it chapter and verse, is something we will see more of from Republicans.

By the way, make sure to take the poll:

Cruz vs. Moderators: Who won?

CRUZ: You know, let me say something at the outset. The questions that have been asked so far in this debate illustrate why the American people don’t trust the media.

This is not a cage match. And if you look at the questions: Donald Trump, are you a comic book villain? Ben Carson, can you do math? John Kasich, will you insult two people over here? Marco Rubio, why don’t you resign? Jeb Bush, why have your numbers fallen?

How about talking about the substantive issues –

… and, Carl, I’m not finished yet. The contrast with the Democratic debate, where every fawning question from the media was, Which of you is more handsome and why? And let me be clear –

QUINTANILLA: You have 30 seconds left to answer, should you choose to do so.

CRUZ: Let me be clear. The men and women on this stage have more ideas, more experience, more common sense than every participant in the Democratic debate. That debate reflected a debate between the Bolsheviks and the Mensheviks.

And nobody watching at home believes that any of the moderators have any intention of voting in a Republican primary. The questions that are being askedshouldn’t be trying to get people to tear into each other. It should be what are your substantive –

QUINTANILLA: I want the record to reflect, I asked you about the debt limit and got no answer.

HARWOOD: You used your time on something else. 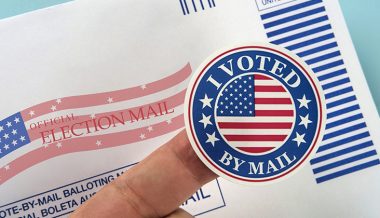