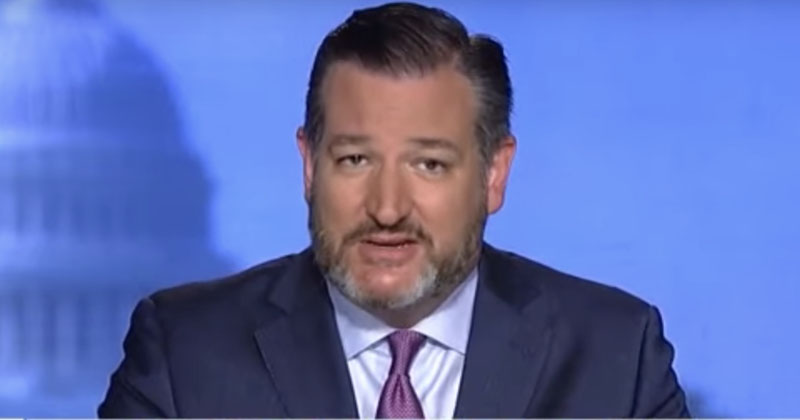 Senator Ted Cruz hit out at Democratic presidential candidates Wednesday, declaring that Democrats calling for the impeachment of Justice Brett Kavanaugh are using “crazy left-wing ideology” to “intimidate the court.”

Cruz spoke out after the New York Times ran a story alleging that Kavanaugh sexually assaulted a woman, but left out the fact that friends of the woman say she does not recall the incident happening.

“And so none of the Democratic presidential [candidates] are going to retract because it’s not about facts. It’s about crazy left-wing ideology. That’s where the Times is, that’s where the candidates are, and sadly, the Times is now about propaganda.” the Senator added.

Cruz added that it is “fairly hysterical” watching the two Times reporters who wrote the piece trying to avoid responsibility.

“If you did this on a high school paper, if you were a freshman in high school and you submitted this story, you’d get an F,” said Cruz.

Reporters Robin Pogrebin and Kate Kelly subsequently blamed editors for leaving out the important information from the story. The two tried to defend their report in an interview, claiming the mistake was because of the “haste of the editing process.”

“The New York Times, they knew what they were doing. This was not accidental,”  Cruz charged, adding  “it’s all politics” and “There is something bigger going on.”

READ stunning NYT CORRECTION. If a high-school freshman did this on a school paper, he’d get an F. This is an outfit that has won multiple Pulitzers; presumably they know how to be actual journalists. It’s almost as if the reporters, editors, publisher have a political agenda…. https://t.co/8YrwOJJTQE

President Trump has called for the resignations of everyone at the NY Times involved in the smear of Brett Kavanaugh and the Russian collusion witch hunt.

President Trump has repeatedly slammed the Times over the story, calling for the resignation of “everybody” involved in the publication of the article.

“I call for the Resignation of everybody at The New York Times involved in the Kavanaugh SMEAR story,” Trump tweeted.

The New York Times is now blaming an editor for the horrible mistake they made in trying to destroy or influence Justice Brett Kavanaugh. It wasn’t the editor, the Times knew everything. They are sick and desperate, losing in so many ways!