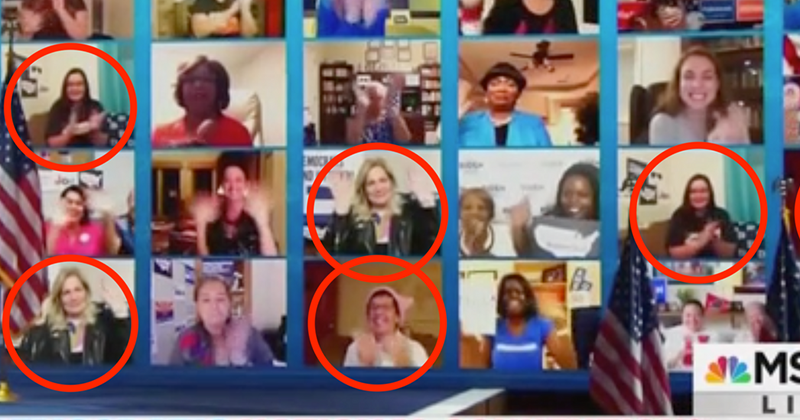 In a bizarre move, the DNC appeared to duplicate members of a livestream audience to fill out the screen during Kamala Harris’ speech.

Following Harris’ speech, which leftist talking heads gushed over, dropping any pretence of bipartisanship, admitting that it ‘made them cry’, The DNC cut to a shot of individuals watching online.

However, critics noted that some of the individuals seen clapping like sealions were duplicated, apparently in an effort to make it appear that there were more excited Democrat voters watching.

Deputy Director of Communications for the Trump campaign Zach Parkinson tweeted, “Apparently, the DNC couldn’t even find 30 people who were excited about Kamala Harris, so they had to duplicate someone’s Livestream (sic).”

Apparently, the DNC couldn't even find 30 people who were excited about Kamala Harris, so they had to duplicate someone's livesteram pic.twitter.com/1cLhQRRkzg

Disaster. Where is the political media? https://t.co/k0D2C50ISq

Could the Democrats really not find 30 people to fill up a Zoom conference call?

Even leftists admit that the DNC has been so monumentally awful, that it is actually giving President Trump a boost in approval numbers:

Rasmussen Reports noted that they have “triple-checked” the numbers and have found that Trump’s job approval is “up sharply”: