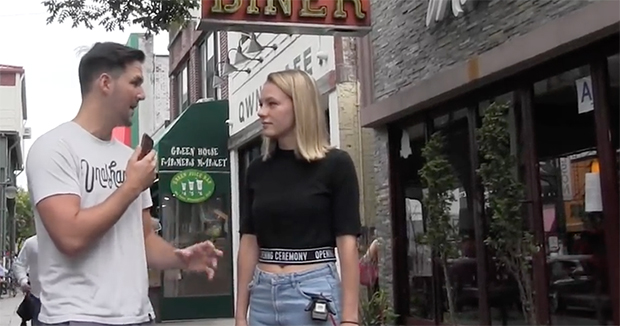 Ocasio-Cortez gained notoriety nationwide not just for her youth, but for her unabashed embrace of Democratic Socialism.

In her official platform, Ocasio-Cortez offers support for free college, “housing as a human right”,  “medicare for all,” and a mandatory minimum living wage.

Wanting to know if her supporters liked the idea of Democratic Socialism, and if they’d support the government offering these services for free, I headed to Ocasio-Cortez’s district, in Astoria, NY.

People on the street were quick to offer support for Ocasio-Cortez’s brand of socialism, and overwhelmingly supported her vision for the district.

They were more hesitant, however, to offer ideas for how to pay for all of the free things that Ocasio-Cortez is promising.

“I don’t know where the money would come from, but they can figure it out,” one person stated confidently.

One supporter seemed to think Americans would be okay with paying higher taxes, saying “with a good idea, and a good reason to spend their tax money, people wouldn’t actually mind paying more taxes.”

Another admitted that they’re not quite sure what it is that they like about Ocasio-Cortez’s economic philosophy, but insisted that “I just know that democratic socialist is better than conservative.”

What would these people think when asked how socialism is working in Venezuela? Watch the full video to find out!