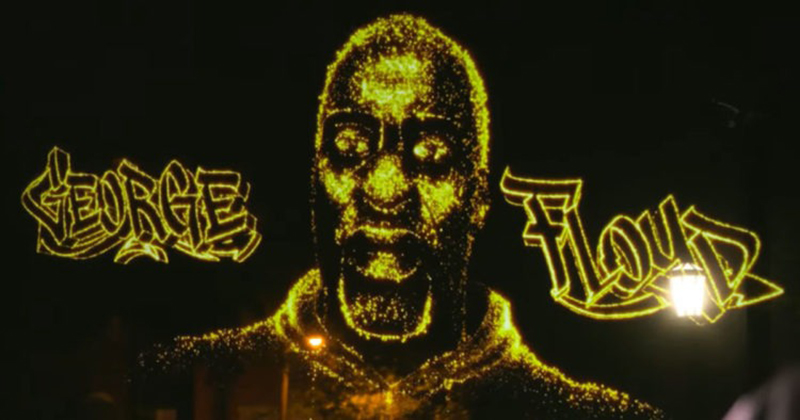 Residents of Georgia, North Carolina, Virginia, and other southern states will soon see their nighttime skylines replaced by an enormous rotating hologram of George Floyd’s face, projected above the vandalized sites of former Confederate statues and monuments.

The project, funded by the George Floyd Foundation and Change.org, will start by replacing a Confederate statue in Richmond, Virginia.

According to NBC12, “George Floyd’s family members will join together with local black artists, musicians, poets and leaders for the first public unveiling of the hologram” at 7:30 p.m.

The old normal is a distant memory. The new life we lead is permanent, and will only get worse.

The memorial itself will consist of a series of pulsing yellow lights intended to mimic fireflies that will coalesce over time, and link together to assemble the glowing holographic face of George Floyd. Floyd’s visage, accompanied by the letters of his name in garish bold text reminiscent of Grand Theft Auto: San Andreas, will then float over the selected monument sites for several hours.

Early access footage of the hologram in action can be viewed below.

In a ceremony unveiling the early access hologram prototype, Floyd’s family members – wearing face masks emblazoned with Floyd’s face and the words “I can’t breathe” – spoke about the impact of seeing their deceased relative live on via hologram.

“When I first saw it, I had tears of joy. And it’s a beautiful thing,” one of Floyd’s relatives said.

Holographic technology is still a developing field, but the new memorial to Floyd and the holographic displays installed at the Holocaust Memorial Museum in 2017 may provide a window of insight into the future landscape of American politics, and skylines.