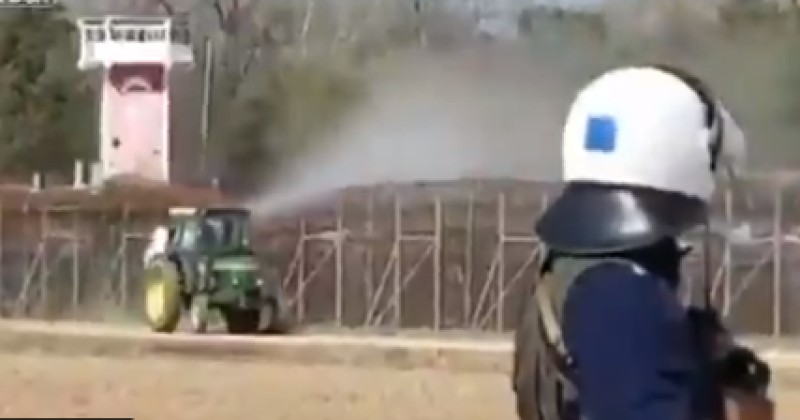 Video out of Greece shows a farmer on a tractor using a water cannon to repel migrants who are trying to break through the border.

Migrants are attempting to set fires under metal border fencing so they can weaken it.

Migrants setting fires along the Greek border fence to weaken the metal so that they will be able to break through and storm the border of Greece/Europe/Christianity pic.twitter.com/pnSjeggiP4

However, as part of the wider people’s revolt against yet another incursion on the border, one Greek farmer fought back by dousing the migrants with water, driving the migrants away from the fence.

The water also wets the ground, making it harder for migrants to start fires.

I'm not sure what they are spraying with

Some say its pig urine, other say its pesticides

Can anyone from #Greece confirm what the farmers are using?

Last month, President Erdogan announced that Turkey would be re-opening its border and encouraging millions of migrants to invade Europe.

Thanks to a strong response from Greek security forces and a massive revolt by the Greek people, there has been no repeat of 2015, when up to 2 million migrants eventually reached Europe.