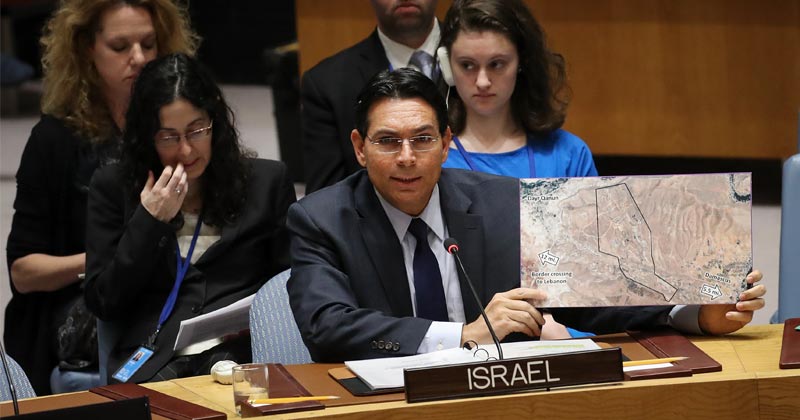 An Iranian military base in Syria was attacked on Tuesday, Fox News reported.

At least nine people died in the attack, Rami Abdel Rahman, director of the Syrian Observatory for Human Rights in Britain, told AFP. The report could not be independently confirmed by Fox News.

The military compound that was hit is located about 10 miles south of the Syrian capital city of Damascus, western military sources said.

Syrian TV reported that it was an Israeli airstrike and that Syrian air defense systems shot down two missiles.

Interestingly, on April 26, Israeli ambassador to the United Nations Danny Danon claimed that Iran was recruiting and training upwards of 80,000 Shiite fighters at a base near Damascus during a UN Security Council meeting.

The strike may have occurred on this base or a similar one nearby.

The Iranians also operate another installation, a major airbase, near the middle of the country which the Guardian reported as the trigger for conflict between Israel and Iran:

T-4’s remote location and Soviet-era fortifications have shielded it from much of the violence that has laid waste to Syria, though it bears the scars of a 2016 Islamic state artillery attack that obliterated four combat helicopters.

Today, the base is the focus of an emerging, potentially catastrophic war, fought not between the Syrian regime and its domestic foes, but two of the region’s most formidable enemies: Israel and Iran.

T-4 is where Iran has established a military foothold in its Arab ally. According to Israeli officials, Iranian drones used over Syria take off from the base.